Sicilians is okay now and I’m not saying my proposal is a must. I just feel like I’m in rush to research farm upgrades while playing Sicilians as I won’t have any eco bonus otherwise. Faster TC is pretty decent as you can get more villagers but that comes later. I think they should get the extra food for the farms for free.
So the bonus should be changed from “Farm upgrades give 2x extra food to farm” to “Farms get +100/+150/+200 extra food in Feudal/Castle/Imperial age”. You can further research farm upgrades to get even more food on farm or delay those upgrades and spend you resource on something else.
Sicilians farms will have 1000 food after all the upgrades. If the numbers seem very big it can be reduced by 25. Get the exact same amount of extra food that farm upgrades provide, 75/125/175 but for free.

Edit : It will be very similar to Franks free farm upgrade. But you also have the option to give your farms more food by researching the farm upgrades.

Of all things to talk about… you talk about the Sicilians’ farms? When they are one of the best, if not the best farms in the entire game already. Sicilians might need some other buffs, but not their farms.

The farm bonus is fine the way it is. It does not need any other changes. Your fully upgraded farms have 925 food with the last farm tech. They already great. It takes ages for them to reseed. 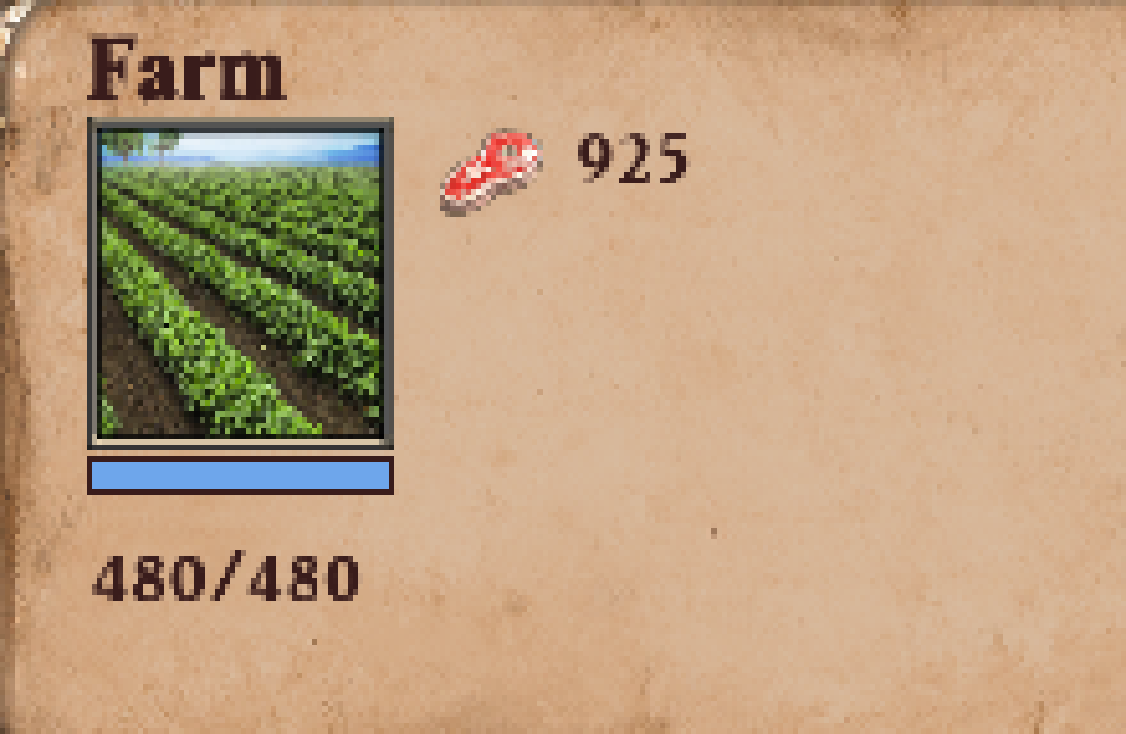 I think they would need something to extend the time that you don’t need to seed farms in order to always get horse collar before you build your first farm.

Perhaps if the berry bushes would last longer you could justify a build order with 6 on berries while going up to feudal instead of 4 on berries and 2 on farms. However, that’s already possible as is so I don’t really see any need for a buff

I mean it is not a necessary. Just not feeling like to research a tech (which is an investment) to take the advantage of a bonus.

I think they would need something to extend the time that you don’t need to seed farms in order to always get horse collar before you build your first farm.

That will be great without any doubt. But Sicilians probably doesn’t need anything right now. Also if you can follow BO perfectly you should be able to do that with any civ. Obviously that doesn’t happen most of the time.

Then getting auto food on their farms is like the Chinese bonus (but not a team bonus)… but on steroids. I think it’s a necessary setback to hold them back stop them from being OP.

A civ bonus is usually stronger than team bonus.

I think it’s a necessary setback to hold them back stop them from being OP.

The prob of the bonus is, that it comes way too late to be really influential.
In theory Sicilians already have one of the best booms in the game, but most of it comes from the faster built TCs. And as the farming bonus doesn’t gives you anything before the 20 minute mark, it is very… underwhealming.

As I proposed before, I just would give the Sicilians a general bonus to their farms, like 60 % more food. This would help them a lot more, especially in the early game, allowing them a better scout rush by skipping horsecollar.

The prob of the bonus is, that it comes way too late to be really influential.

Right. Even my proposed bonus will come very late. Earlier than current one if you can’t afford Horse Collar right after you hit Feudal.

I just would give the Sicilians a general bonus to their farms, like 60 % more food.

Interesting idea. Maybe it would be even better if it also had a small boost to dark age farms. Could make the civ a bit more resistant to laming and perform better on maps with less food on the map

They’re still nowhere near as good at Teutons’ 40% discounted farms.

Does not matter. Still a great bonus. Still great for booming on black forest in a team game.

For booming it’s more about the starting price for a farm than the food per wood. By the time a farm with 2nd upgrade runs out there should be no wood problems anymore delaying your boom.

Sicilians have one of the best farms already.
Their farms are fine imo. No changes needed.