During the Battle of Yorktown, Nathaniel starts with several Revolutionaries that are the Skirmish variant (which are Musketeers), rather than the correct campaign unit (which are Skirmishers)

Additionally, whenever he gets reinforcements, the Revolutionaries he receives are again the Musketeer variant, rather than the campaign variant. This should be fixed. 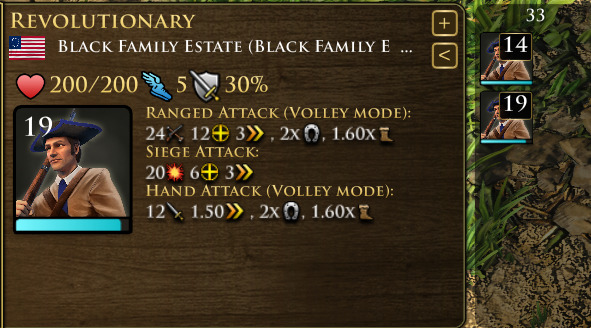 Once Chayton joins the Lakota and his civ changes from Falcon Company to Lakota, his Artillery Foundries suddenly look Eastern European instead of Western European/American. They should either look Western still, or look like the Haudenosaunee Siege Factories (which for those that don’t know are just renamed Artillery Foundries, not their own structure).