Could you please describe how you did it?

download the slp and make them into animation that recognize by DE and good to go! theres lots of animation can download from aok heavens, but to match DE its hard find cause DE has such good graphics

i use slx studio

Hi, this looks amazing
I am a mod creator myself, but haven’t tried modding graphics yet
Did you release it? I would love to sneak into the data and see how you changed it and in which folders

hey no not yet. the ninja test and lightning test will both be included in next update of my mod including few dragons and fly units.

i’ve tried increasing frame delay and it did not help. reason being lightning comes out instantly and it doesnt seem to wait for attack animation at all.

Wow i cant wait, this sounds so good, thank u for the effort

ballista will make it look weird. so the projectile that unit shoot out (range units) have properties in genie editor.

ballista has property that it’ll keep going so it’ll look like a lightning from the sky that keep moving forward which can have it’s own uniqueness but doesnt look all that great if you know what i mean.

Oh i guess its like a channeling spell?
Yea that might be more complicated
I usually just change the projectile type to “teleporting” and make the unit siege, it basically fires once but the animation keeps going
But since you have multiple sprites at the same time it would look weird
Maybe Ill find a solution soon

I need a cool Dragon Skin for this. IF you would like to check it out.

For the Fire & Blood and The Long Night options

Very cool, this could be the death animation after monks kill your unit after you researched heresy but i have no clue how hard it is to implement it.

i cant open it for some reason

Its a scenario bro lol

Oh wait you mean your comment with the map
Yea i had issues getting to it
How can i fix it? I want to see what you made 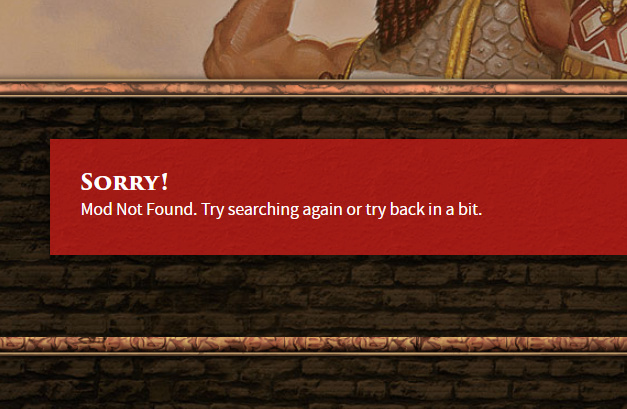 theres about 3-4 dragons skins, some only meant for aerial. Got them all from Aok heavens you can look them up just search for “dragon”.

I have made some changes to the graphics downloaded so it’ll be different from the original. (ie. longer attack animation, custom projectile attributes, separating shadows from units etc) generally to look better in DE.

I will be updating my mod in a few days so will be saving some time converting slp to smx if it’s not urgent.

I know I can, and I should
I only said that to get the map more known because I want to play it

Also yeah looks like they killed my mod. Was only a scenario
https://steamcommunity.com/sharedfiles/filedetails/?id=2068472816

maybe this will work

your mod is fine. i also had the same problem but its fixed now. the mod is updated

Holy ■■■■, this looks like just before the Time Displacement Device brings somebody into the present from the future in the Terminator movies!