now that warlord is over can we please get some update including fixes and balance patches?

there hasn’t been anything so far and not even PUP. fear that more stuff would be broken if they just release the patch as is

Aoe4 just had a patch, aoe2 pup updated on steam… So who knows… maybe we get one. Still 22 days left before the deadline, not that it matters

I don’t see no Aoe2 PUP, where do you see this? 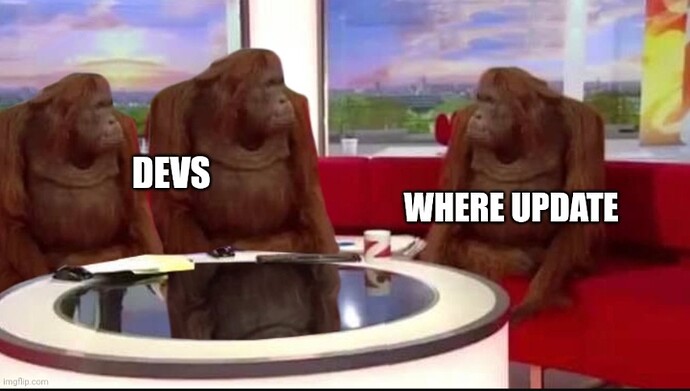 Yeah, I’m expecting to see a patch any time now. Generally, once something comes on PUP it’ll be just a few weeks until the release of the patch, so at the very least the PUP itself should be around the corner.

Should be is the keyword…

Aoe4 just had a patch, aoe2 pup updated on steam… So who knows… maybe we get one. Still 22 days left before the deadline, not that it matters

It is already winter

It is already winter

Technically it is still autumn in the northern hemisphere.

I don’t know if we will really get an aoe2 patch in autmun as it was intended though.

Oh if it is autumn, when does it become winter? At what date?

Winter is from 21th Decembre to 20th March.

Ok from the longest night.

Winter is from 21th Decembre to 20th March.

Well, this is one of several definitions of Winter, and not a good one in my opinion. I’ve never understood why some people insist on defining seasons this way for two reasons:

Secondly, let’s assume that I do want to insist on defining seasons astronomically and all I care about is hours of daylight. Then this is the wrong definition! If Winter is the quarter of the year with the least daylight, the solstice would be in the middle, not at the end!

(I also don’t believe that this is what most people mean when they say Winter.)

Rant aside, in the context of the roadmap, I think “Fall” just means the last quarter of the year. Practically speaking, the latest they would do anything probably is a few days before Christmas.

Edit: whatever part of the world you live in, that only has winter/summer, its very clear that’s not the same used by the devs. So, why dont we all agree to try to see what is the parameter being used first? If nothing comes by 21-22 december, then the devs have failed on their word, anything before that is just ranting for the sake of ranting

Probably because if you are going to define seasons by weather and whatnot you get different definitions depending on where you are (you already get rainy/dry seasons in the tropics instead of spring/summer/autumn/winter), so by just using a more objective parameter that roughly corresponds to these changes you get more people to agree on what season we’re currently in. Kinda like everyone agrees that afternoon starts at 12:00 instead of after I’ve had lunch.

Mostly we might get a PUP in January and a patch with some balance changes in February.

In case this is true, PLEASE NERF THE LEGACY CIVS IF YOU ARE NERFING THE NEW CIVS.

I just don’t want all the new civs ALONE to get big nerfs and everyone goes back to picking Franks, Mayans, Aztecs, Britons, Chinese all the time again.

Mostly we might get a PUP in January and a patch with some balance changes in February.

I believe their maintenances are on like, Tuesdays or so, right? Personally I’m expecting the PUP to come out next week. That leaves them time to drop the patch before end of Q4, though doing so right before Christmas is also generally troublesome, especially considering how they’ve sometimes needed emergency patches to fix certain bugs.

i hope we get an update much sooner than that…

anyway, i would prefere a buff to lower-tier civs to bring them up to par with others. civs like dravidians, bengalis, persians, sicilians, italians, portuguese, bengalis etc, buffed to be closer in power to the top competitors

Devs just should let this game die at this speed with updates, sad state of game deserves bad funeral.