Not sure if this is intended behavior or a bug, but anyways…

On Niger River, the spawned watchtower at the river crossing counts against your build limit but cannot be upgraded or train units

The watchtower should either be a separate class of defensive building (like on Siberia) that doesn’t count toward your build limit, or have the same behavior as a built watchtower. 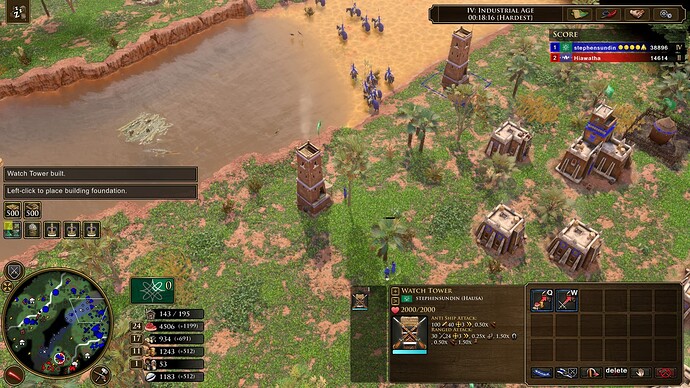 Heey @stephensundin, thanks for reporting this issue! We’re now tracking it