Spirit of the Law's new take on AoE IV

It’s not necessary to change the setting but developers have to understand that the main base of players are casual and not the competitive ones. There are a lot of improvements you could add to really make Aoe4 more valuable to the main casual base: 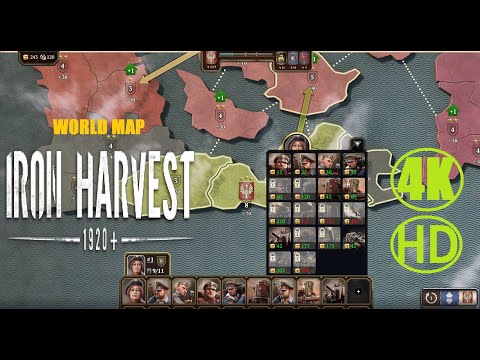 The world map Is simply amazing because set the player at the conquest of world.

Now imagine this with Aoe4 or a future Age of Empires set in the ancient times.

You gave an even deader game as an example.

SotL has several degrees, including math (plus biology, psychology, education) so I’d tend to trust him more than most if he states the scenario editor is not user friendly. That also perfectly explains why the mods released so far are also so basic. People are having a hard time coming up with more complex stuff.

Tending to trust people just because they have (even multiple) degrees kinda leads to this race to the bottom where people just claim credentials to be seen as correct. What does biology have to to with UX? I’m a professional software developer (roughly a decade’s experience, nothing mind-blowing but not inexperienced either) who’s also been modding games and using game engines for 17 years or more.

When it comes to rating modding tools, if I have a different opinion to SotL, does my opinion automatically become correct? Or should you take the opinions more on their own merits?

This isn’t a cut-and-dried question, it’s actually a big problem in general inside as well as outside of games. I’m interested in hearing what you think.

I don’t know if you or Spirit know, but there’s a dedicated bunch of modders, and there are developers who actively communicate with them. What does “not user friendly” actually mean, then?

It’s a example about feature could be implemented. The same one Is on Warhammer Dawn of War:Dark crusade, Battle for the middle earth, Rise of Nation.

no prooves.
On contrary SOTL made a lot of “deep dive” into aoe2/aoe4 mechanics with explanations.

does my opinion automatically become correct

What does “not user friendly” actually mean, then?

I’ve spend 6 hours for the simplistic custom-made map.
To mod scripts wuth LUA, i would better use another IDE or use TypeScryptIDE.
To change
And no, i do not want to run editor again.

some one spend 3 days to find the solutions. (super user-freindly)
\ How to change the Population Limit from AOE4 Content Editor (EssenceEditor.exe)?

And? Just be honest and say: you don’t want to hear my opinion regardless of how informed it might be.

On contrary SOTL made a lot of “deep dive” into aoe2/aoe4 mechanics with explanations.

Which has nothing to do with the Content Editor “needing a PhD to use”.

some one spend 3 days to find the solutions. (super user-freindly)

On the forums. On Discord, this is answered so often I’m pretty sure it’s in an FAQ

Which again has nothing to do with “needing a PhD”. It’s just awkward. And I agree it’s awkward. But nothing more than that.

so why aoe 1 DE flopped if that was supposed to be the quality aoe 1? or aoe 3 did in its release? I have to remind you that those failures is what make ms to freeze the franchise for a decade before trying again or not even updating it to fix it. Back to aoe 4 in graph aspect it dont look good as aoe 3 de or unique as aom or competitive as aoe 2,etc… Those factors affect the quality score.

yup and I already told u the source. So it have foundation.

Lack of identity? The game is literally a game of booming economy and landmark gameplay .

game of booming is lterally any aoe and landmark already done by aoe 3. They dont bring nothing to stand out the rest

Many don’t like the card system and metropolis mechanics of AOE-3, but I think it would fit perfectly for the campaign. In SC-2 you can customize unit abilities, and you can choose and customize armies. There is also help from the “outside” such as the Adun spear (mothership) of the protos that support the troops on the ground and it is very similar to how the metropolis of AOE-3 is. 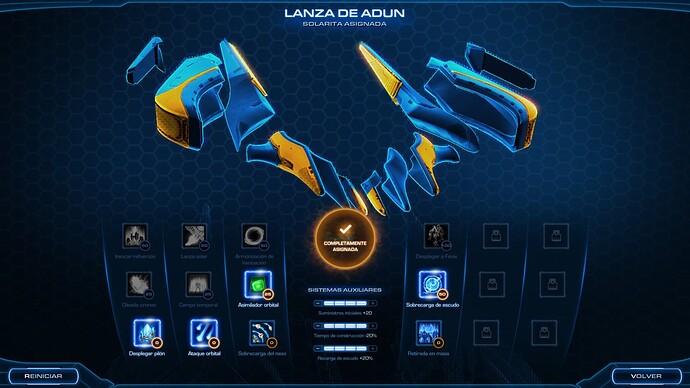 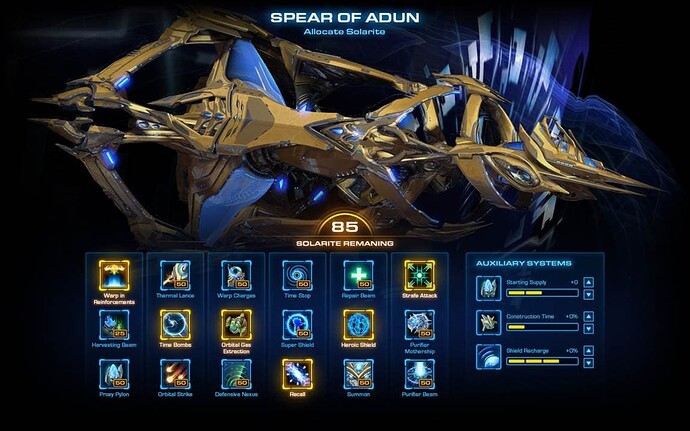 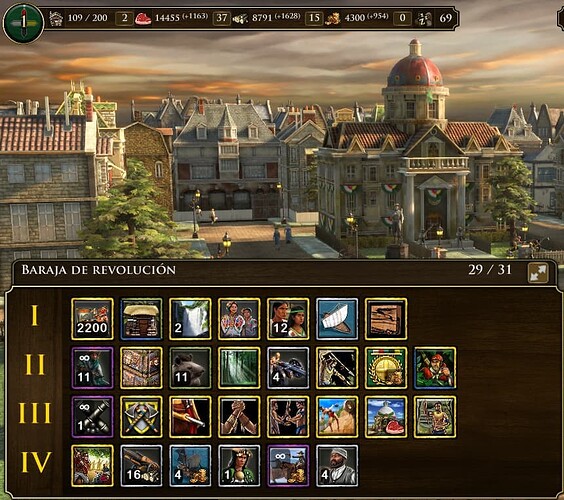 I don’t know what experts think when creating video games if they only prioritize professionals who play more for money than to enjoy playing with friends and disconnect from reality and everyday problems for a while. 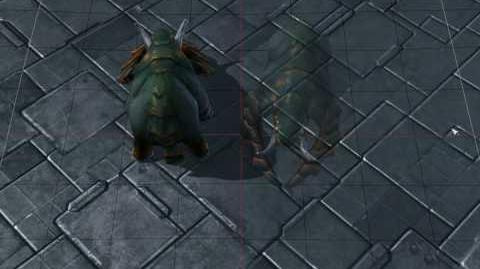 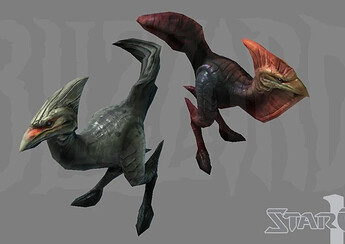 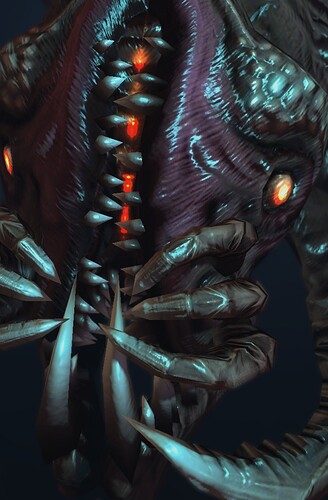 Fauna are animals and animal-like beings found in nature. A number of strange fauna have been discovered in and around the Koprulu Sector. Some of these species are found as in-game critters. They...

A lot of people here don’t understand that the kind of things we ask for have already been in big titles and not indie games. That is why although AOE-4 has many good things, it still feels mediocre since it is a game that dates from this decade, it is developed by one of the wealthiest and most powerful companies in the world.

Then they will tell you…AOE4 is designed for pvp, competitiveness, identifiability, blahblahblah…
I guess sc2 must be the least pvp oriented game ever.

I’m confused. You cannot list other RTS that are less popular than AOE4 as positive examples, in ANY aspect.
But you are not allowed to use AOE2 as a positive example either because it is a different/old/new game.

Neither applies to AOE4 where:

So just to get this right, we cannot list games where the colour picker wasn’t a huge problem? Because “they’re different games”? But you can raise SC2 and whatever RTS games you like, because “they’re RTS games”?

So you need to first proof AOE4 is the same kind of game as COH, in terms of theme, UI, visual design, player interaction, etc. then proof the color picker is not a huge problem for AOE4 either.

BTW I do not think it requires a game design PhD to tell SC2 is closer to AOE4 as an RTS than COH.

Company of heroes went for a more photo realistic style and your colour had minimal impact on how your units looked. Vehicles would just have a few stripes designating team colour and infantry had no colour on their uniforms at all. There were also no free for alls so it was always two teams only.

AOE is stylised and your colour has a big impact on how your units look. COH was an exception to the rule, colour selection is a staple to the style of RTS games AOE is a part of.

Graphics continue to be my biggest complain, looking at 0x19 trailer game looked waaaayy better, when I play this game I lost the immersion and the willing to play just for this reason, and the lack or more deep mechanics, the UI is another let down but it is less annoying. I recognize that the last patch is a step in the right direction but I feel this game needs more, when I play it I feels to simplistic/shallow

If there are no huge change in graphics/ new mechanics and UI for the expansion pack then I will wait for COH3 and Homeworld 3.

Color picker in COH simple will ruin the immersion… also since you play with squads you won’t see that many units. DOW1 used color picker and a lot of customization, it is a game from the same company… I remember that for DOW1 you can create everything you want when it comes to uniform colors, even you can import your own flags/symbos… Good old relic days. 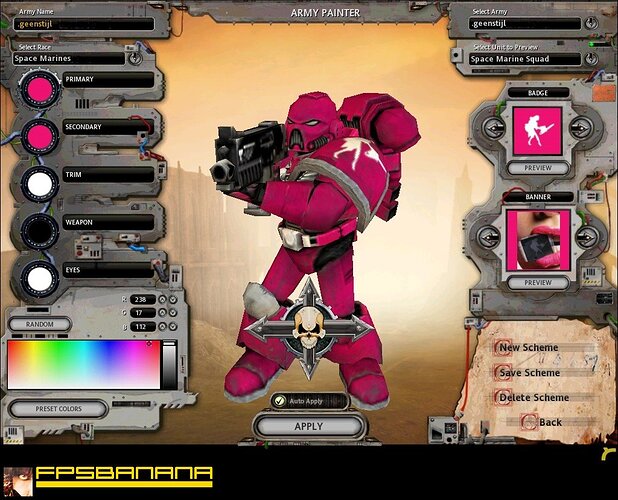 then, they come in 2022 with a game that you can’t even pick the colors, even if previous games from aoe you can do it… how do they want people to trust them if they can’t do basics stuff anymore?

so why aoe 1 DE flopped if that was supposed to be the quality aoe 1?

mainly because horrible path finding and well , they did not provided that many content so they just left.

or aoe 3 did in its release? I have to remind you that those failures is what make ms to freeze the franchise for a decade before trying again or not even updating it to fix it.

Im talking about quality here , both games were good , they did just had problems on release! also , look at steam charts of aoe3 , the numbers are going up again! let me remind you that…
And aoe3 receives even more content than aoe2 receives so your point is irrelevant.

Back to aoe 4 in graph aspect it dont look good as aoe 3 de or unique as aom or competitive as aoe 2,etc… Those factors affect the quality score.

But we were not talking about graphs my dude

And we werent even talking about competitive

, youre just bringing in BS! and trying to glue those aspects to make a point! it just does not work…

yup and I already told u the source. So it have foundation.

After i said that your argument did lack fundation

game of booming is lterally any aoe and landmark already done by aoe 3. They dont bring nothing to stand out the rest

yes but in aoe3 you did not had to erase all of enemy landmarks !