Springald nerf was announced but

I feel like most of the community are happy with the next changes and I feel like they go in the right direction, however there are 2 things that worry me

1 - What will happen to the effectiveness of springald vs boats now that their base damage is lower, Will we get a bonus vs Ships?

The 1st question is because I have experienced a hard time taking water back on hybrid maps like Mongolian heights and which also have small choke points where your opponent can use demo ships and if your opponent already controls water and you do have a strong land economy, but lack the tools to deal vs their water presence, I think this should be looked at.

2 - What will happen to the springald emplacement on towers & keeps, Will it get the same treat of 30 base damage and 90 bonus damage? Or will it remain as 60? If the base damage will remain as 60 then probably 60 + 60 vs siege? 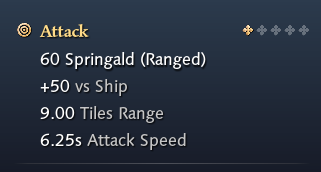 Building outposts with springald emplacements seems to be a good tactic for protecting your shores. (they trade much better because they are a building)

And if you end up going to imperial, Im pretty sure bombards and cannon emplacements are some of the best defences against ship raids.

Springald have more mobility though, defending with towers is not always easy i think there should be at least one age 3 unit to fight ships from land.

Also thematically it doesnt really make sense that “springalds tower” have completely differents stats from regular ones. I think regular springalds should also have a bonus vs ship at least just for the thematic feel.

Towers get a whopping +25 damage per arrow on ships, but on many water maps, the tower just can’t cover the dock sufficiently to protect, defenders advantage is non existent when your ships get wiped, and most water based maps are decided when someone loses the feudal fight and their shores get camped