The thing is, Stockyards has the same effect and is worth an Age I Shipment.

So, as of now, Stockyards is a 150 ressources-worth of cards.

I wanted to bring this topic to the devs’ attention as a followup to their recent livestock tech buff.

Possible buff towards a 300 res-worth of cards could be, for example :

What do you think about it ?

A stockyard is where animals are kept before shipping or slaughter. So a good bonus could be:

It would help make livestock management a little less tedious by giving you a steady supply of them.

you can’t put economic cards and research on the same level.

You can always get selective breeding you have to ship stockyards and it stacks.

I see what you mean. However, we can see that Food Silos (I) is the equivalent of the Seed Drill technology, that costs 150g 150w. So we see the same pattern here.

Yeah but the same logic applies, you want to stack the cards so they are worth much more then just the comparative benefit they bring 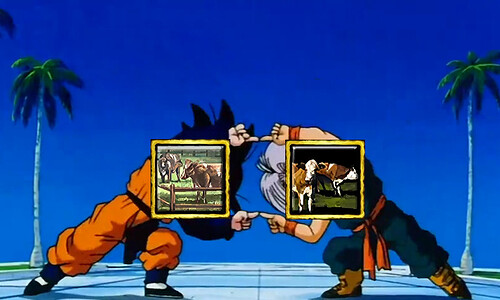 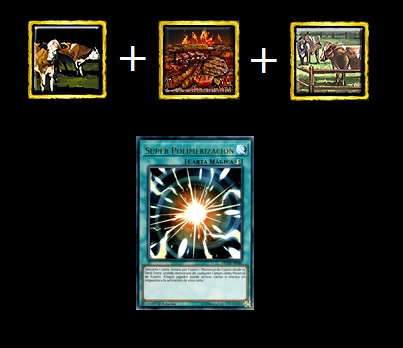 If the same logic applies, then Seed Drill should be reduced to 75w 75g. I get the stacking part, and I see why these cards are interesting, but I think in a supremacy environment only the stacking is too slow. Remember this card competes with 2 villagers (I), or 4-5 Villagers (II) a minute later for most civs. The livestock gather rate buff I propose aims at sup and TR, allowing some civs to livestock boom in TR even if they are not brits or haud (no fulling mills), and to get direct value off of a well-made deck on livestock maps in Supremacy.

The two system are separate and therefore their costs of one should not be used for changing the other.

The upgrades will always be available where as cards are a choice that can be added onto the deck and provide advantage above and beyond the normal system so just applying a superficial cost comparison is meaningless. there are considerations for deck space and just build order as well

Remember this card competes with 2 villagers (I), or 4-5 Villagers (II) a minute later for most civs.

you also dont necessarily need all the options to be competitive with each other at the same age, the value can change depending on the age and what is left in the deck

and if you want to say, allow age 1 mill play, please dont

Your point makes sense, even if the strawman at the end was not needed.

However, combat cards often turn tempo in your favor by making your equivalent mass instantly better.
My point is, this family of “x combat” is competitive at some point in the game. stockyards feels weak in supremacy at pretty much any point in the game, and there could be ways to make it a slow play, where tempo can be traded away for later value, that could enable better livestock plays for different civilizations, rather than adding a card on top of a cheap tech.

As for the relative competitiveness cards, you are right, but striving to have an array of meaningful choices makes the game more fun. Civs that have no access to a 3v (I) card tend to have more open opening choices.