Struggle while trying to repair ships or load a transport

This issue happens once in a while since the original game. When a villager is ordered to repair a ship, and both are close to the shore, instead one of them keeping its position while the other come in the direction of the first, or both units move toward one another, they use to pass straight ahead from each other, merely changing places. Example:

My villager and the ship that was in need of repair where on the following positions: Instead of moving together to a spot closer to each other for the repair to take place, as indicated on the following screenshot… 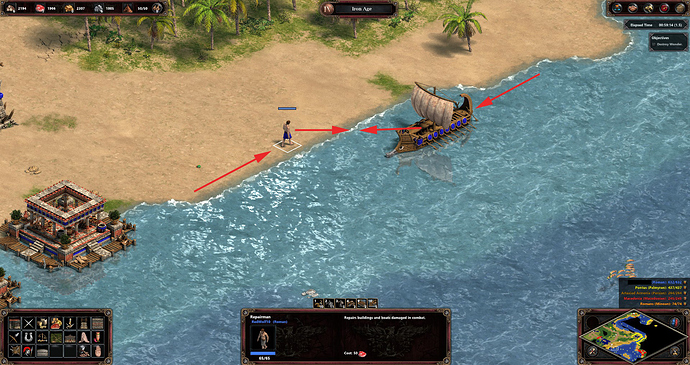 …they exchanged their positions, only! 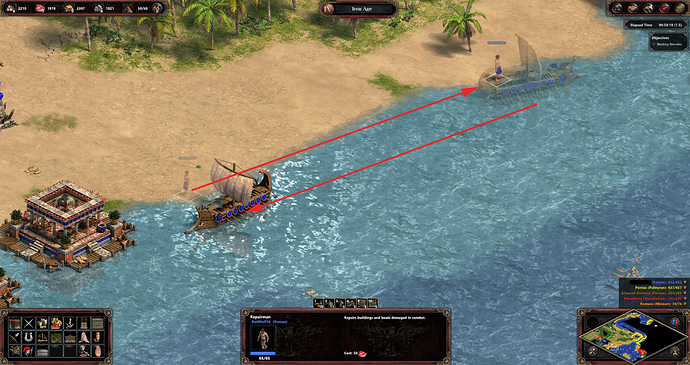 Usually, after making this movement, the units move toward each other and the repairing happens, but sometimes both units maintain their new positions, and no repair is made.

Order a villager to repair a ship, when they are on the same shore, or try to load units into a transport ship, in the same condition described.

Your idea to solve the problem is quite solid, and in fact I also thought about it.

Another alternative would be to make artificial intelligence update more actively, and not only when all units involved go from point A to point B to perform actions. I mean, a certain dynamism in tasks assigned. This way, players (and the AI) would not need to constantly click on top of a moving target to get the job done.

Implementing something like I/we mentioned above, would also fix the hand-to-hand (melee) units not being able to engange their moveable targets effectively.

But non-static objectives tend to NOT stay in the same place for much time. Attack move, works better than using the regular “attack” command since it gets updated more frequently than the latter.