Stuck on 1vs1 "waiting for other player message"

DESCRIBE THE ISSUE IN DETAIL (below). LIMIT TO ONE BUG PER THREAD.
when finding a player for ranked 1vs1, and “waiting for other player” appear it gets stuck on that screen around 10 minutes. No regresive counter is shown and we have to wait around 10 miutes to be able to start another search for ranked games and on 0% of “waiting for other players” the player reconects and start the match

To dont have to close the game, that the program detects that the match never started or that the player leave (or i dont know what happened, what caused this error or why im on this message "waiting for other players
)
Or as a workaround just add on settings an option to dont see the intro of the game, it takes me around 5 minutes to reach to search 1vs1

while i was writing this, i got into this screen 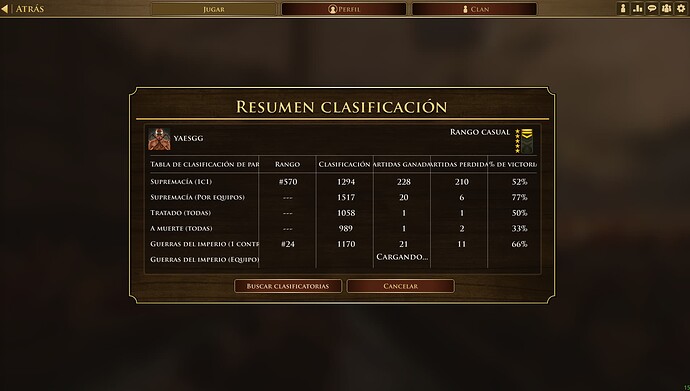 Thanks for your report! We are now tracking this issue