Tropico 5 and 6 styles graphic ideal for next AoE IV release where you can rotate the map and building for constructions, at 360 degrees. Whats your take on it. Although AoE is not a turn-based rts which I loved it, Why not at least AoE team must check out for Tropico 5 and Tropico 6 styles and menu features only. What yours take on it???

For sure. Rotating the map in a circle is part of AoEO. It would be weird if AoE4 went backwards.

Tropico is a Citybuilder. (Only making a remark for if you aren’t sure)

True, but he is saying that the game should look like Tropico 5/6 graphically. I say we should hope they go for something realistic enough to please the gamer, but not realistic enough to scare 12 year olds. I am sure that if it looks anything like Empire Earth III, the games not going to do well.

The menu is horrible and lifeless the game graphic 3D is Cartoony. 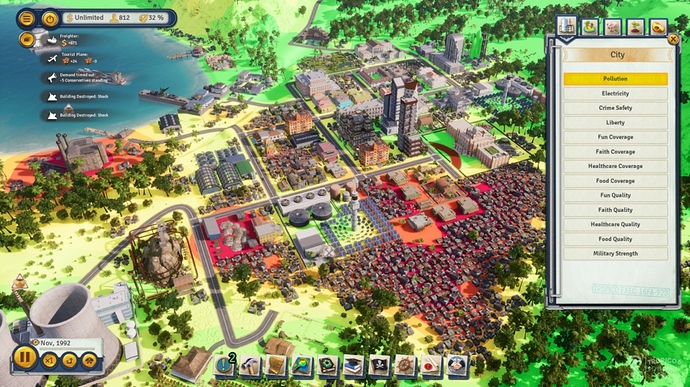 War is brutal and ugly and its for the best to be presented that way, not as a funny caricature like aoeo or recently dow3.
After all it is something that takes place between countries, it’s not some GTA thing to include drugs,rapes, beatings, cold blood murders etc that can really scare anyone.

If very young kids can get scared by the concept of war then they should probably wait to grow up a little more before they play such game.

I am not sure we are talking about the same franchise. AoE is based on history and real things, but is not a sim and has never taken itself seriously. Our priests say wololo, for goodness sake.

In many ways, the graphical requirements of RTS requires certain unrealistic concessions. We need to be zoomed out enough to be able to scan the landscape while zoomed in enough to differentiate units and click on them easily. The only way to have both is to have units be unrealistically larger than life.

And to distinguish them between each other easily, we need certain parts of them (like their weapons, possibly their heads/torsos) to be unrealistically larger than normal.

At the very least, the general feel of the game does not have to be cartoony, but the graphics certainly need to be.

Agreed.
I don’t think Tyrantisser meant the unit measurements and this kind of realism that you talk about when said not to be realistic enough to scare a small kid.
I, at least, interpreted it to whatever has to do with the blood & gore graphical realism in the game, which is a war game and personally i would like to see this aspect being there, even if it was not a main feature in the previous titles.

Yes but tropico5/6 can bde used as an example for a grpahic design and map rotation only.

No, there are better examples of art than tropico. company of heroes.
the rotation is an feature not related with art.