[Suggestion] 2 units that must be nerfed or changed

Russia already has one of the strongest rushes in the game, but this specific unit is probably what makes Russia notoriously OP in mid or late phase in team games.

Oprichniks have the highest siege damage among every other cavalry unit in the game.

When massed, they are able to destroy whole economies within seconds.

In multiplayer matches Oprichniks are abused even further by exploiting the way the defensive formation works with cav units.

As seen below, the defensive formation aims at creating a protective square with the selected units. 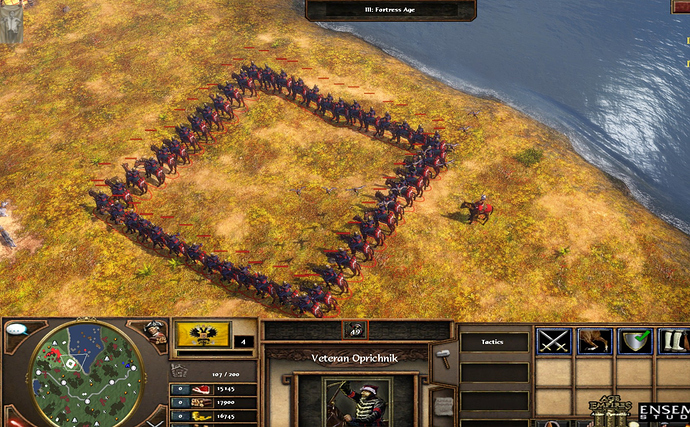 However when another, ranged cav unit is placed in the middle of that square and gets changed to defensive formation as well, then when the whole bunch is dragged the square becomes minimized. 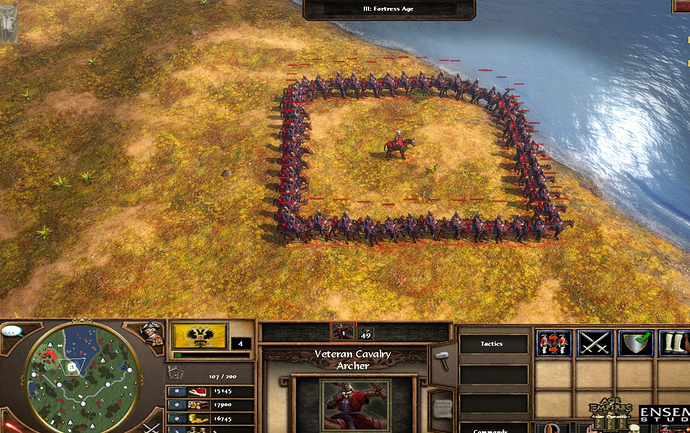 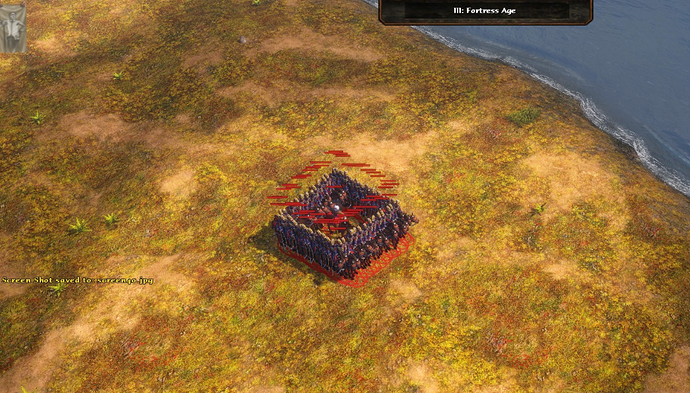 It becomes a tiny, mobile, overpowered siege box that can bring down a whole economy within seconds.
No matter the amount of walls and fortifications you make, this small box is using the potential of all -49 in these screenshots- Oprichniks at the same time and is able to sneak anywhere and destroy anything in the blink of an eye. It is a true nightmare in team matches, mostly because of the mobility of its formation and the very high siege damage that allow them to hit and run without leaving many chances for counter play before the damage is done.

The power of this unit affects mostly treaty or late-games when it becomes a true beast when massed or fully upgraded.
France is also a strong booming civ, which means on the right team game those beasts are spammed not always very late in game.

With these stats, and their area of effect damage, thet just feel too strong, to the point that even supposedly anti-cav units are having a real struggle against them.
In my opinion, lowering their late game potential would be a welcoming change.

Didn’t know about the russian cav, but nerfirng the cuirassier is a must. I remember playing a 40 minutes treaty, dutch vs french, and losing 150 halbs to around 30 cuirassiers.
AOE 3 is all about exploits, these day. Overpowered rushes, instant training, unbalanced civs… a complete rework is necessary.