Every time I go to the map screen to pick a map to play, the “Show Suggested Maps” checkbox is enabled. As someone who primarily plays single-player or non-ranked with friends, I want the entire map pool to choose from every time. It’s a little annoying to have to de-select that checkbox every single time. 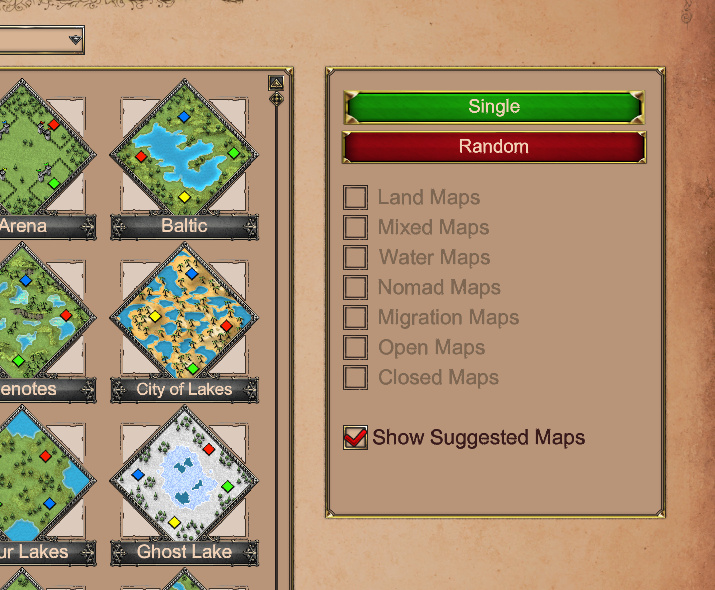 Besides, who chooses which maps are suggested and why? Why are some not suggested?

It’s good. You don’t want to play maps with normal gamemode which are intended to be played with capture the relic gamemode.