Suggestion to how buff Goth civ

The only thing this civ lack is good eco bonus.
So, in order to make them good and don’t break things I have good idea to how buff their eco.
All their eco upgrades (mill, gold mine and etc) will receive instantly, just like “loom”.

Instant loom is a eco upgrade not only goes it mean you don’t lose vills you are instantly +1 vill up on your opponent when he researches loom. So going into feudal you’re gathering around 4% more res and like I said not prone to any accidents with boars or drush’s

I thought of something similar too some time ago, but I think that just insta-researched TC techs are enough.

In the end, those are the more important because it allows to never idle vill production, especially to get some useful-but-often-delayed techs, like TW and TP.

Baby steps, you can always add some or all of the other eco techs later on if it reveals to be too weak.

The vikings’ eco with the Goth flood bonus? Sounds insane for me…
If you do that, should nerf somewhere, maybe reduce the Prefusion bonus or take off bonus vs buildings in Husckarls

Goths need no buffs, and if they were to get one, it would be Plate Barding Armour, so they would have FU Hussar and not just be Infantry dependant entirely. 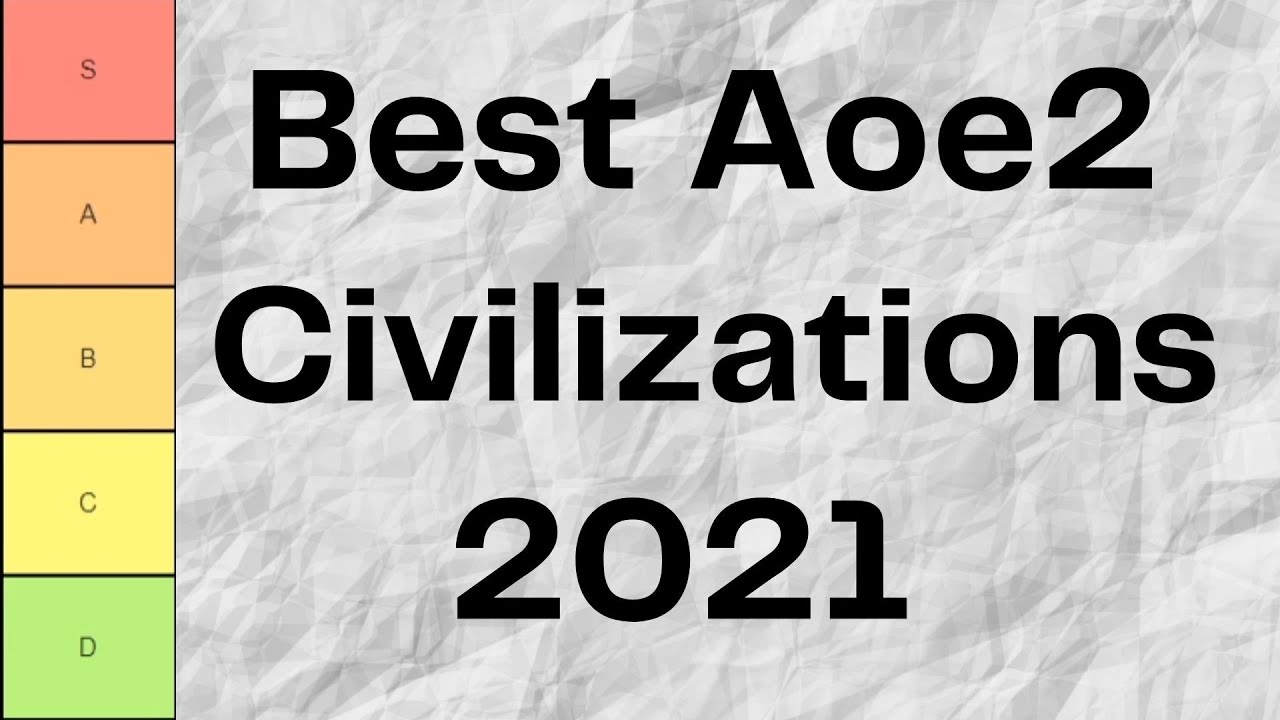 Well perfusion could for sure use a nerf, however it’s not the vikings bonus.

I never said free TC, tecs, just researched instantly. Sure it’s about 4 extra vills in feudal, and about the same in castle (less since you have more TCs…) but you still pay the full price for each tech, so you need to afford them.

You don’t get WB for free right after hitting feudal, you need to gather the resources.

Goths are fine. They very powerful in team games where they can trade, and thus have near never ending infantry spam. They okay 1v1 as well, since they good at rushing. Their poor eco is their weakness. Late game Goths are very strong.

Are you a pro? Goths are one of the stronger civs until like 1800-2000 elo.
And even in pro they are useful for mindgames as they have distinct favourable matchups (not only mayans but also several pure cav civs).

If there should be any changes to goth, their lategame spam should be nerfed and they should get some other options to tech into.

Goths are pretty weak in 1v1, only become passable if you are actually going to be able to lame in dark age. They are very strong in team games, so that’s probably what makes it quite difficult to balance the civ. If their boom is buffed too much, they can become quite oppressive in team

What? Goths are 1v1.
Where do you even put them in team games? As flank they will struggle against early agression, especially archers, their individual opponents goto unit. As pocket they lack mobility and booming potential.
Their lategame is no composition, but a pure spam which doesn’t help against multiple enemies at all, which can easily complement each other.
In Team games Gold is not that much of a problem. Goths often just win because the enemy is out of gold. What rarely happens in team games.
Goths are no good team game civ. In lower elos they sometimes can translate their general 1v1 strength (at that elo) into the team game, but they are definetely no good team game civ.

I’m saying that if Goths were given a strong boom as part of a buff, THEN they could be oppressive in team games. So nothing to raise alarms about right now

Goths don’t have a good early game in 1v1 open maps (their only real chance is to lame their opponent to try and break even), so they can often fall behind. They’re also vulnerable to getting a bad civ match up, given how heavily the civ relies on its infantry.

In team games, they certainly have a utility as an archer counter, as well as being exceptionally good at raiding bases, taking out TCs, Castles, getting into trade. They’re a good civ for either launching a team counter attack, or a diversion attack by being able to launch rather annoying raids due to their high pierce armor.

How about a 50% reduction in research time for all economy bonuses instead?

The only thing Goths need is the Thumb Ring tech to be a competetive/tournament civ. They already have good cavalry, they have excellent infantry and their archers would be pretty good for team flanks and they would have pretty good CA too. Maybe nerf their boar attack to reduce the laming potential. Otherwise they are a good and unique civ.

Thumb ring? Why? I basically ONLY play Goths. I can tell you right now, that Goths NEVER need to use cavalry, except maybe in certtain situational cases. However, since Goths infantry ARE SO DAMN CHEAP. It is literally just more efficient to make Infantry than cavalry. Even if more infantry die, you can just replace them easily.

As for the Archers. They are also not very important, since you get EVERY SINGLE ARCHER TECHNOLOGY IN THE BLACKSMITH.

Except you do NOT get Arbalests. Which is still IRRELEVANT, unless you have someone with mass siege, or gunpowder units.

Because with thumb ring you could play a pretty strong MAA + archers strat and then extend into xbow or even cav archers. Goths would have pretty much the same CA as Bulgarians and that would 1) diversify their strategy and 2) make them more competetive for pros. Also I’m all for removing the “laming civ” identity for something more fun to play against.

I actually like that Idea. In the exchange the lategame discount of goths could be nerfed a bit. Also I would consider buffing goth siege a bit, just to make it somehat viable.
35% discount is just too much, I think 25 % is ok in the lategame if the goths have little bit better cav archer + siege options. This could somewhat balance goths.

But Huskarls cost LESS and can be produced faster? They are ALSO anti-archer infantry. So if you need anti-archer units BEFORE you can get Huskarls. You can jsut get some skirmishers. Which are cheap.

The ONLY reason you would go archers when you are Goths, is when the enemy has A LOT of siege, or possibly gunpowder units.

Even then, on OPEN maps, siege would not be very effective against Goth spam. Too few siege, and goths can e microed to get close to onagers, and too few scorpions will not kill them before the reach the siege. Too many and it takes too long to amass the requried siege units.

Siege against Goths is most effective on Black Forest. Against 1v1 Arabia, which MOST “pro players” would play. The Siege would not be as effective. Especially since you can just send your units to go and attack from the left, and the right, and the bottom and surround the enemy siege, to PREVENT focus fire. The enemy will then lose their siege and WAY MORE gold than you would lose from the infantry that die… EVEN IF, you lose ALL you reinfantry, as goths you can get back your infantry pretty quickly.

Unless you are going up against LITERALLY throwing axemen. Which when AMASSED, are DEVSTATING against Goths, or mass ballista elephants or mass scorpions. Other than those specific times, wher the goth spam will probably not work, that is the only time you will need to change from goth infantry spam. AND EVEN THEN, the only thing that archers would be necessary to defend against would be the THROWING AXEMEN.

What are you talking about? Goths DO NOT get STONE WALLS. The infantry discount is necessary. ESPECIALLY since without the discount you CANNOT GOTH SPAM.