(Suggestion) Units dont get created onto a "bad" tile 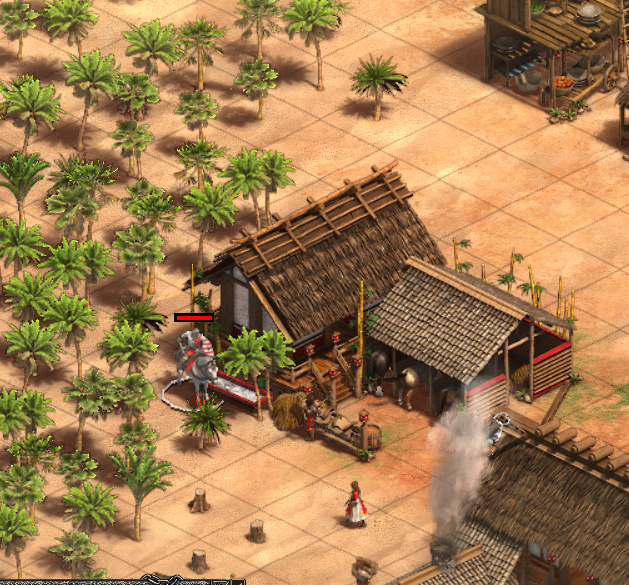 image629×585 303 KB
I know its 20 yrs late, but i REALLY wish they would fix this… its a difficult one to fix, and its an issue a lot of RTS have… A unit is produced into a tile where there is no where for it to go because the very building that produced it is blocking any movement.

Inb4 “pLaCe uR bUilDinGs bEtTer” its not always feasible when one is in a rush, and inevitably some building somewhere is going to have units produced in an akward position.

on a side note, i love the gfx of this game… think AOE3DE will look awesome too

But it has been in the game for decades, which means we shouldn’t change anything.
On a serious note, this would be a great change.

you can actually free those units. Just set a gather point and eject the garrison. “T” right click “F” with my hotkey setup.

That’s usually the remedy, but occasionally they spawn in the wrong place, anyway, due to occasionally unpredictable pathfinding.

They should allow such trapped units to be garrison back in the building, so you can get them out from the other side.

They should allow such trapped units to be garrison back in the building, so you can get them out from the other side.

yeah would be great… some kind of check to “see if the unit can move” or even maybe easier “has been moved”. if no, then unit can garrison the building.

Set a gather point and the unit most likely wont get stuck.

They still get stuck, many times actually.

Set a gather point and the unit most likely wont get stuck.

yeah this doesnt fix it, even with a gathe point on the opposite side units can sometimes still be created onto weird positions relatie to the rally point

also for example even if the rally point was a guaranteed fix, if you have all your stables selected and dump a rally point, its silly to have to take into consideration one single building out of potentially 4 or more just because of this creation onto bad tiles…

I try to place buildings so that they don’t have such tiles (passable tiles, which are surrounded by impassable tiles) next to them. This makes sure, that units can’t get stuck