The video appears to be private

Look for clash of the hippo Am vs secret. Game 4. Was HD on voobly, Nicov Mbl vs Tatoh Viper 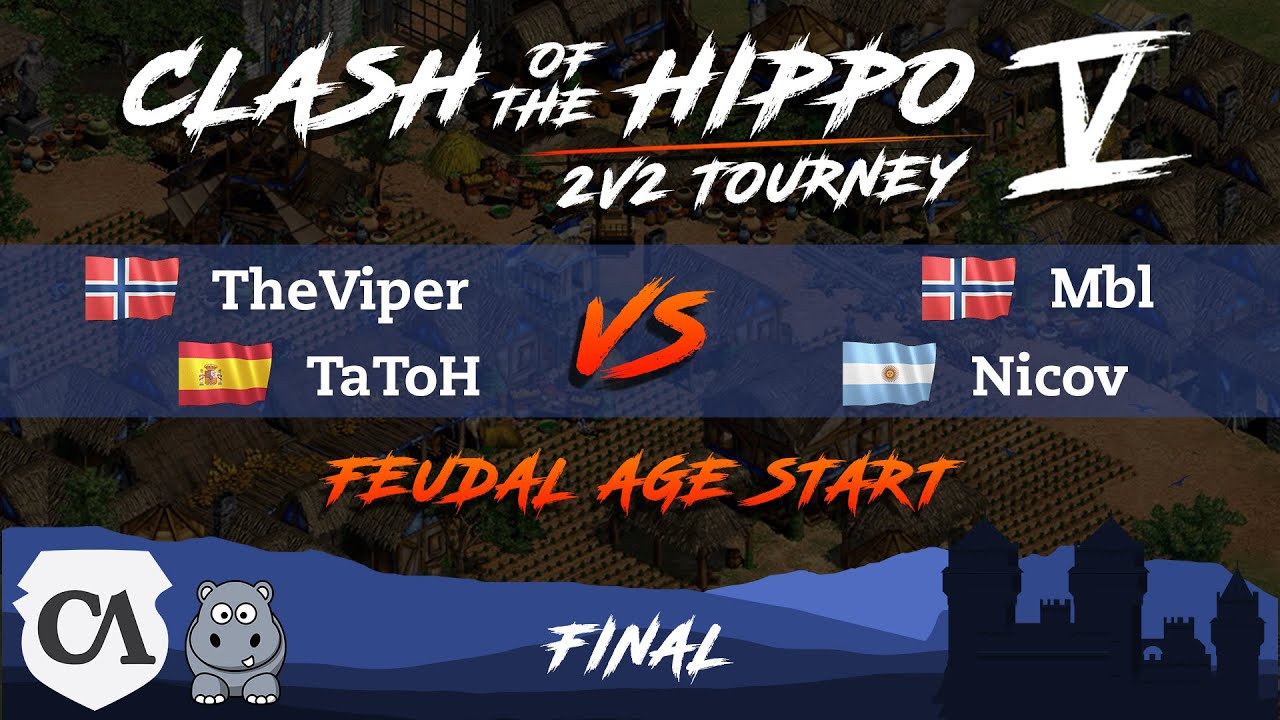 The EWE did well, but they didn’t seem as OP as I expected from your comments. MBL did receive sling, and still found it hard to maintain numbers.

Still I also wouldn’t want EWE stats buffed, at least until the devs get round to making them 2 pop.

I feel like the sentiment of this thread was adressed in the Rise of the Rajas expansion. They made elephants that are more easily spammable in mid game and rebalanced the stats of those elephants around that concept. Malay are often even better off going for elephants first thing in castle age. Persian war elephants are hard to mass because they have not been balanced like that. A handful of war elephants in even a fairly big fight can be a real gamechanger, unlike a handful of basically any other non-siege unit. And even then I’d argue their price is very reasonable. The low gold cost is an especially nice touch, meaning that in a full on trash war a war elephant is essentially about as expensive as a palladin. Mix one in with your hussars next time you go after the opponent’s production buildings, you’ll notice the difference.

So, want more spammable elephants? There are civs for that. They may not be civs that get three other fully upgradable cavalry lines as well and perhaps the best trash unit in the game on top of that and faster working TC’s, but we make do with what we have. Maybe Khmer would work for what you want to do?

If you honestly don’t understand why the War elephant is an extremely strong unit in it’s current state, you haven’t played Zerg in Brood War recently enough. Three or four Ultralisks sprinkled into an army completely change the fight and utterly ruin days (excepting Protoss who prepped Dark Archons).

War Elephants do an incredible job of keeping your army alive by surviving when extra enemies eventually end up engaging them after killing their initial target for much longer than expected. This generally spirals out of control very rapidly, as Lanchester’s Square law will dictate. Rams do the same thing, but nowhere nearly as well as War elephants do, because War elephants tend to kill things that try to attack them.

The Persian War Elephant is the ultimate supplement unit for an army. If you’ve got a composition capable of keeping your Elephants safe from conversions, which you should (FU hussars, trashbows) they’ll make your push far more durable and far more deadly with just a few sprinkled in.

To be honest, Persians are a lot more like Protoss (expensive units that take long into teching into, acompanied by a large spam of Ranged units that only become good after upgrades) than they are like Zerg (Goths and Huns are more like Zerg).

Maybe? But to liken the War elephant to an Archon seems like a great disservice to the War Elephant. Chitinous plating Ultralisks just refuse to die. Archons take an EMP and explode.

Also, while the persians do have plenty of expensive options (which practically all SC1 civs do in abundance) they also have some incredibly powerful trash options. Lots of spammables. Doesn’t sound like a Toss thing to me.

Archons take an EMP and explode.

Only against Terran, and there is no EMP in AoE2.
Conversely, WEs get converted easily, so they mimic the Archon’s weakness to “spells/casters” more closely than they do the Ultralisk.

I’m not talking about the civs apples to apples, just the specific unit. Even considering archon splash, I still see the War elephant better mimic’d by the Ultralisk. You really want the archon to put in a lot of work for the army of the Protoss to be effective if you’re going for it. The Ultralisk does it’s job by virtue of existing and anything it hits is gravy.

In any case, in a composition, the point that has to be understood is that the War elephant is doing you good simply by being there and surviving, making your entire army significantly more durable in the process. You don’t really care about how much damage the unit does while it’s around, you care way more about how much longer the rest of your army gets to do damage while it exists. Micro used to minimize this effect further sinks the ship.

I have played Persians and here is what I think.

The War Elephant is in a very good spot now. They are not meant to be spammed. Only make a few and combine them with Crossbows and Hussars. You can even use them with Paladins. They should be put in a different control group so that they do not slow down your Cavalry army. Think of them as multipurpose rams and use them along with thrash Crossbows. The two unique techs compliment each other and help the War Elephant greatly. Crossbows cost wood and War Elephants cost food and gold. Persians also have good economic bonuses which help war elephant production. The reason why people may not like to spam them is because they are micro intensive. You have to micromanga three unit groups to make War Elephants work to their full potential.

In conclusion, War Elephants are in a very good spot, no changes needed.

Pikes and Halbs get slaughtered by War Elephants, specially if backed up by Kamandaran Crossbows, which they always will be since it is not only resource efficient (Trasbows cost only Wood while WE cost Food and Gold) but also supresses the only real threats to Elephant units (Monks and Camels).

but pikes are both cheaper and better than monks

we did some testing last summer to prove a point and basically you need 3 pikes for every elephant just to win that fight, just in castle age. that means if i have 10 war elephants, you need to invest 30 supply into pikes alone just to win. that assumes i don’t mix in any trash bows as a supplement

at elite it wins against 3 generic halbs, so you’d need 4 to win that fight. so yes the pikes and halbs are cost effective, but they aren’t going to be supply effective counters to them, taking up a lot of population space that could go to more offensive orriented units. imagine if your opponent gets 20 or 25 of these on the field with the speed buff and conversion resistance that equalizer wants to give them, and supported by some trash bows.

Can we please have a block function for specific people in the forum?
Honestly I’m just getting tired by these posts of Equalizer. Every other post is of him, and there rarely is any sense in even engaging in those discussions. If it was just one post every other week, fine, but it gets so freakin spammy, I just want a way to avoid them.
Or at least show who made the thread, instead of who posted the last comment…

if you go to a persons profile you’ll find a button labeled normal, you can change it to mute, or ignored.

Im not sure, maybe it doesn’t work because I have viewed those topics before, but I can still see the thread. The first post of it just says “ignored content”. So it doesn’t really help. It’s not like I’m offended by the words, I just dont want to read through threads that I already know are nonsense.

thats funny because under ignored it literally says "all their topics and replies will be hidden, but you are in fact right.

These threads are becoming a meme, I love it.

its not the same comparison, the halbs cost NO GOLD and are way cheaper so i would rather prefer pikes when batteling war elephants plus that i can outproduce the persian player since i can make more barracks than he can make castles. And if i see trashbows i add in some skirms or hussars

Why would you want to buff a unit that can tear down your city and trample all your units before losing a single unit? And no halb army is powerful enough for them.