The AI is Too Idle in Skirmish Games

The AI is too Idle in Skirmish Games.
This issue is true since day one, and I already reported it in the past.
All the AI’s in this game were Hard AI’s.

The computer AI is too idle (passive) staying in his base with massive armies and do not attack.

Normally, in the first 20 minutes of the game, not much is happening.
The AI attack with a small army after 10 minutes or so and doesn’t do much for the next 10 mintes.

Even after 20 minutes the Ai will not use its full scale army and it will just sit idle in its base for long periods.

The best way to prove that is with this chart showing the massive amount of unspent resources by the AI. 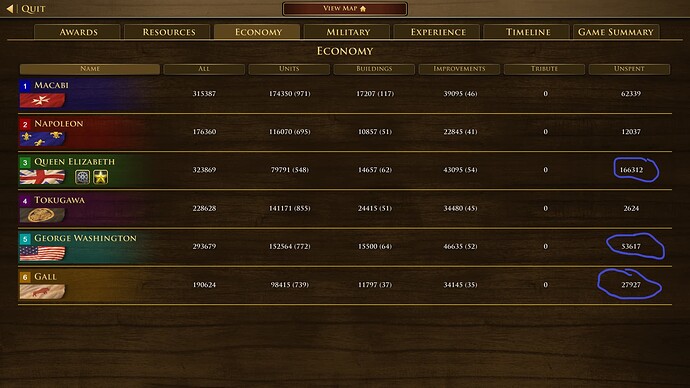 This chart shows that most AI’s are at their population limit for most of the seconds half of the game. 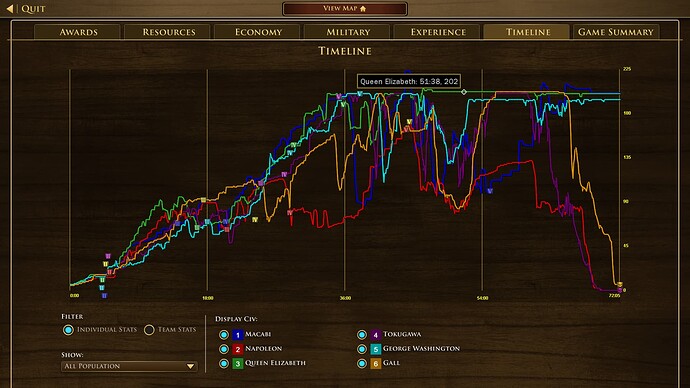 The bottom line, the AI needs to be more active and attack more often.
There is no point of reaching the population limit, and accumulate resources that will never be spent.

On which difficulties do you experience this? I find the AI from Hard upwards to be quite challenging. Back in the original AoE 3 I could consistently beat the highest difficulty AI 1v1, but with DE where it is now, there are some of the Extreme bots I have not been able to defeat 1v1 at all. I definitely would not call them idle.

All the AI’s in this game were Hard AI’s.

The AI can sit in its base for 30 minutes and then attack you with 100+ units.
You may find that challenging, but it doesn’t change the fact the AI is NOT attacking for 30 minutes.

I see what you mean. Smaller, more frequent attacks might be more fun to play against.
Do you experience the same problem on Hardest and Extreme?

I only play on Hard difficulty.

Oh, ok. Everyone has their own preferences, of course, but if you can win on Hard, you will definitely be able to beat the Hardest AI too, although it might take some modifications to how you play, but I think you may find it more interesting than Hard.

I am happy playing only on Hard difficulty.
I have been doing that since 2005.

The point is that the AI is too idle.
That was NOT the case with the original AOE3.

To each his own, I suppose. I also played the original game on Hard for years (and almost exclusively on Caribbean) before I decided to try Expert. It took me a while to adapt and I didn’t win much at first, but eventually it was a far more rewarding experience for me. It’s just something to consider.