The new AI builds almost no military at all, no matter how long you wait for them to boom. When you finally attack them they go down ridiculously easy. This issue is only present for the new AI. The HD and CD versions work as intended.

I believe the issue is present for any standard game on any map with any civ and for several difficulty settings as long as the population limit is set to 500, but just in case here are some settings that I’ve personally verified to reproduce the bug several times:

Here’s an example of a game I just played on moderate. As you can see I don’t build any military in the early game, so I don’t harass my opponent at all. Green and Red are battling each other going back and forth but Yellow is completely untouched and free to do as he pleases. Around 1h10m (in game time) into the game, I attack yellow for the first time with roughly 60 paladins which is enough to completely demolish him and I then proceed to make more military which again easily crushes Green. Neither of my opponents are booming nor producing any military.

Just for reference here is what a typical match looks like for me against the HD version of the AI on hard. It’s an even match where I’m actually under pressure for a long time until I finally manage to pull through:

Thank you for the feedback, we are still working on the AI and listening to feedback regarding the difficulty scaling as well of course. How does it go on hard/hardest/extreme difficulty levels for you?
On hardest+ the AI should be much stronger regarding booming and military while hard is a step in between.
Since this patch the AI actually trains more military on the settings you described compared to before, here it was important to not go too strong on this and make the AI overwhelming for players (for these difficulty levels). We will continue to monitor any feedback about it.

I literally just tested the new patch before i finally made this topic. Please understand that this is not a balance discussion. It’s a clear-cut bug. My grandmother could win with how it is current.
The HD AI on hard is infinitely more difficult compared to the new one on the same difficulty because of this bug.
If you play one single game with the settings I’ve described it will be clear as day.

In case you don’t feel like playing here is a replay of a game with the HD AI vs the new AI: https://easyupload.io/o8zl4u
Both are playing as the Koreans. The HD AI completely crushes the new one. At no point in the game is there the tiniest doubt about the outcome of the contest.
And this is despite the fact that the old AI is way less intelligent: It fails to scout properly, doesn’t know how to end the game, doesn’t understand that it should attack with more than one type of unit, and for some weird reason keeps sending its units to the left corner of the map.
It simply wins because the new AI is bugged.

Played a game with my brother and 5 AI’s. 4 of them were the HD AI and one of them the new one.

Despite being in the pocket spot the new AI did absolutely jack ■■■■ all game. 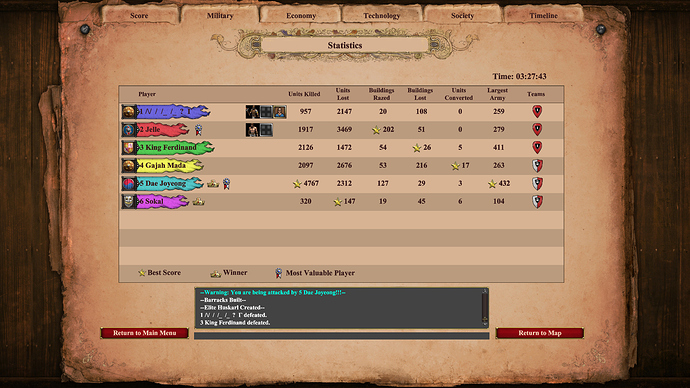 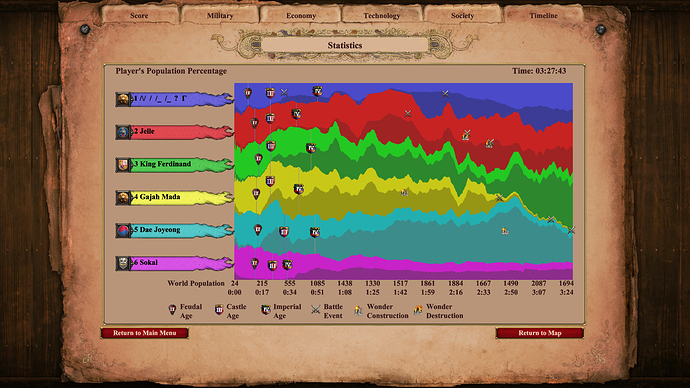