The trigger effect 'Own Fewer Objects' doesn't work as intended

I intended a Shore Fish to be regenerated after it is exhausted, but it doesn’t work. I guess the trigger doesn’t recognize the Shore Fish as an existing unit.

Once the Shore Fish is exhausted, then another one is supposed to regenerate at that place in 10 seconds. 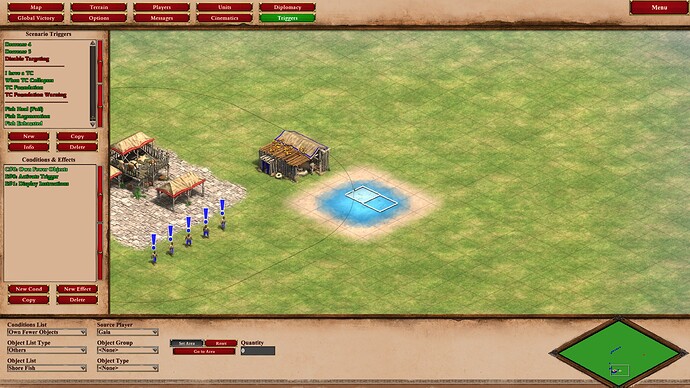 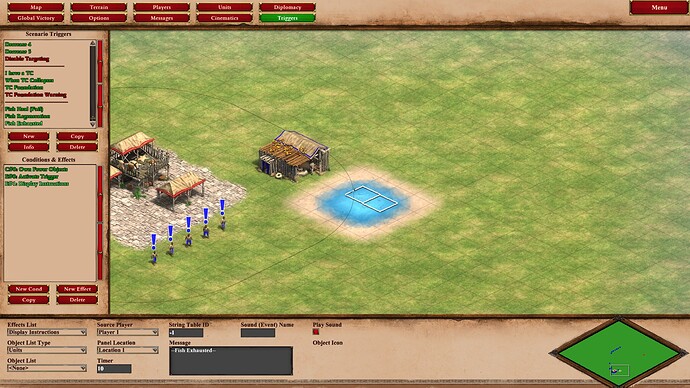 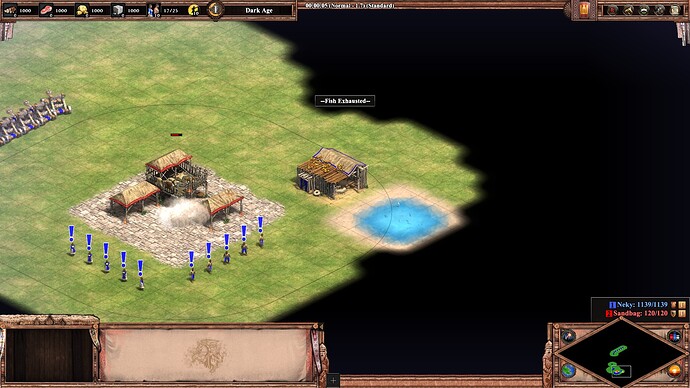 Currently all terrain objects like trees, gold mines and shore fish don’t belong to Gaia. So using owns fewer objects doesn’t work as you would like them to be. For me, your trigger#1/C#0 is always true.

What you desire can be achieved more easily by setting the dead unit ID of shore fish as shore fish. To do this, create a trigger with the following effect (to be fired once at the start of the game)
Effect: Modify Attribute
Source Player: Gaia
Object List Type: Others
Object List: Shore fish (Item ID 69)
Object Attribute: Dead Unit ID
Operation: Set
Quantity: 69

This will cause any dying shore fish to spawn a new shore fish.
(As an example of how Dead unit ID works, think of the dead unit id of Konnik pointing to dismounted Konnik)

Edit: Another method to achieve the same effect is to modify the “Amount of 1st resource storage” attribute instead. You can set this to a large number. Note that this will not affect any existing shore fishes. Only newly spawned ones using create object or dead unit ID will have the increased amount of food.

Thanks a lot! I still learn many new things.