*Ability to randomize player color in skirmish
*ability to randomize ######### in skirmish
*Ability to ask team for resources or atleast improve so that the team randomly hands out stuff at times.
Make the team civilization help fix broken structures more often Ive only seen in happen 2 times.
*add the ability to create people from houses again, and other stuff to do with houses.
*make the randomized civilazations in skirmish more balanced i only get french and roman all the time? Even when randomized i 90% get them.
*i would also wanna see new stuff. It feels like nothing ins new in IV actually seems more like its missing stuff from II ! Wich is a problem a game should never go backwards just add new I belive.

Randomize color is there, Have you activated unique color option from settings?
There are tons of taunts to ask everything to allies… or to enemies XD
People from houses? it’s an aoe3 feature maybe? i don’t like
Randomize civ sometimes is bugged, i have noticed that can works if you choose a civ and then randomize it works.
Well i play aoe2 for many years, and aoe4 is a different game. Landmark things and civ mechanics made this game a lot asymmetric while aoe2 isn’t.

People from houses? it’s an aoe3 feature maybe? i don’t like

I think, it is unique feature to (only) British in AoE3, but I am not sure;

mmm if they talk about having a villager for each house built well if it’s from the British xd
British; Free villager for every house built
Incas: They have kanchas that produce food and house more population
Japanese: Sanctuaries that produce resources and that produce more the more animals there are near them
Swedes: They have Torps which are houses that collect nearby resources.
Ottomans (from aoe 3 XD): Produce free villagers from the town center
Portuguese: They get a free tc for each time they advance in age (with the feitorias letter they produce resources)
Germans: They have Settler Wagons that repopulate for about 3 villagers
French: They have cureur des bois who are stronger villagers and who gather better
Italians: They have the architect, who is a villager who collects wood and who can build buildings for free but it takes much longer
Dutch: Your villager is a merchant who is worth gold and who collects gold 15% faster, they have the banks that produce gold.
Mexico: It has the haciendas that are buildings that have a slight drip of resources.

why did i say this? Well I don’t know once I started I couldn’t stop XD

add the ability to create people from houses again, and other stuff to do with houses.

Oh god please nope. This was a feature that i hated about aoe3, specially when it came to civs like japan and sweden. Houses that gather ressources is a big no honestly.

I do not speak Spanish 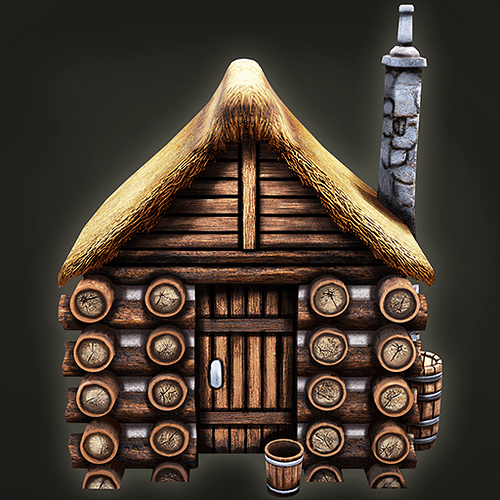 The Manor, also known as Manor House, is a civilian building in Age of Empires III that replaces the House for the British. It is similar in function to Houses, but are 35 wood more expensive and spawn a Settler when built. Manors cannot be...

The Settler can only be trained from Manors with the “Terraced Houses” Home City Card.

ok now are traslate in english

What I would like to see in the next AOE IV updates:

Sorry for my English and for Google Translate

Also id like the ability to upgrade wood walls to stone walls back.

And one commenter here had good ideas about weather and stuff.
I also wanna se allot more new stuff I cant really see any change from AE2 and this is 4 thats a big jump should be more stuff…

It is that in AoE3, due to the strength of the cannons in the Modern Age (1600-1900), “big stone walls” are no longer used, but palisades to stop the infantry, and “concrete walls”.

In AoE3, what looks like an evolution from wood to stone is actually a wood-based wall with cement and bricks on top. This also happened in Aoe3 because the “Stone” resource no longer existed, and almost all buildings are assumed to be a mixture of bricks and wood and not limestone. The bricks are supposed to come with shipments from the metropolis, so they don’t count as a resource.

In Aoe2 y Ao4 timeframe, considering that there were “giant” walls to protect the capital cities, a palisade (which are pure sticks nailed to the ground and joined with rivets) cannot be considered to evolve into a stone wall, and even more so if the element " stone".

I personally appreciate that in Aoe4 several historical accuracy and winks have been taken recreating the limitations of then, making some Civ can not even create palisades, like the Mongols, or lack stone walls in early ages, like the Russians. So also the Russian palisades should be differentiated from the stone walls because they are a fascinating historical element of their culture, I say, they even made a “Great Russian Palisade” to stop the Mongols. Unfortunately, it did not survive because the wood rots over time, and 500 years have passed.

Of course, I would like it to at least be able to join, as you say, the walls and palisades to the defensive Landmarks and Keeps.

1.- Me too, i wanted Llamas, goats and turkey as replacement of sheeps in another maps, and Jabaline and Elephants as replacement of boars, and more species of Deers.
2.- I think Weather would come as a option, like the “Bioma” option. I mean, even in the Aoe2:DE in the Indian Dinasties DLC, there was a scenario at “night” which turned to day 5 minutes later. I suppose they are testing if they can do the same in the other franchise games.
3.- Me too, I really want the stable horse to at least move a little, or the chickens of some of the European houses.
4.- I would also like to connect walls to my defensive landmark without leaving any gaps in the walls, at least to be able to recreate Old Moscow in the Editor.
5.-I suppose you refer to some building of wood as Yurtas or siegue weapon. That would be nice.
6.- I had a suspicion that if it didn’t come inside, they might try to market it. In fact, the news came to my email that they are selling an Aoe4 book with notes on its development and comments from the developers.
7.- Me too.

Personally, I still hope that in the future, like Aoe2, there will be a campaign with all the civs. I mean, most of the historical data of the Civ Mongol of the game, are in the videos and data of the campaign, that’s why his “short facs” of the mastery make reference to his “social life” and little known events of his society. The only point that needs to be explained is the Ovoo, in fact, it is curious that there is no information based on them, although in general there is little information about monastic orders and religious units, unless they are unique, in the short facts and even the campaign. I wonder if one day they will make a “wars of religion” dlc and the English become Anglicans, or fifth age “renaissance”, and give you choose the religion or branch you support with some landmark. If they add more things to each civ, maybe they will include more Mastery challenges.

One simple but well needed quality of life feature is shift-clicking trading at market or sending resources to increase to 1000 per click. Currently in late game, if you want to trade or send 5000 resources you need to click 50 times, which is a ridiculous waste of time.

I don’t know if some are already in planning, if so I apologize and ignore them

There is no way to chat only to your team in the pre-game chat. When a match is found, for a team game, if you want to recommend civs this is broadcasted to everyone for them to freely counter. The pre-game chat should act just like normal chat, where you can choose to talk to all or to team

I’d really like to have different game modes. While there’s many players that like longer games with longer build up time personally I prefer quick action packed matches. I’d love to choose between three different game modes like tournament (pace x1.5 of current pace, maybe more starting villagers), normal (current settings of the game) and treaty mode (e.g. bigger maps, walls and defensive structures being stronger). That way the game could be appealing to different RTS volks. Could also split up the community though and harm the playerbase. Though in AoE2 it seems to work with Empire Wars?