This card is useless 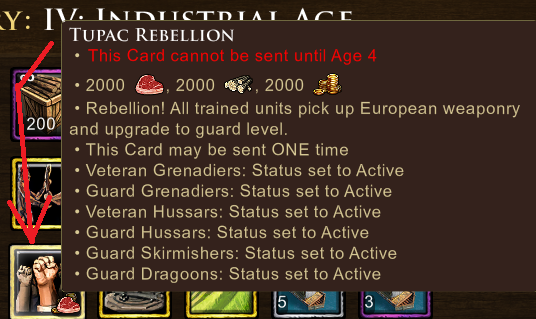 The Incas can get Roderero and Lancer from Spain.
But this card does not support and upgrade the unobtainable units.

It’s strange from the concept in the first place.

I don’t understand whether the small countries subjugated to the Incas use European weapons to become independent.

And the Tupac Uprising was an Inca struggle against Spain. This is a complete distortion of history, even the historical facts are wrong.

In terms of design, it plagiarized the European Revolution and Indian cards.

I’m not familiar with this card since I don’t play Inca, but below is some high level analysis.

That’s 2000 lacking in res benefit. My only assumption is that since, as you noted, Inca can’t train those units, does the card also transform the Inca equivalent of these units into their European version? I think the description is missing some info. Otherwise, it’s a horrible card. 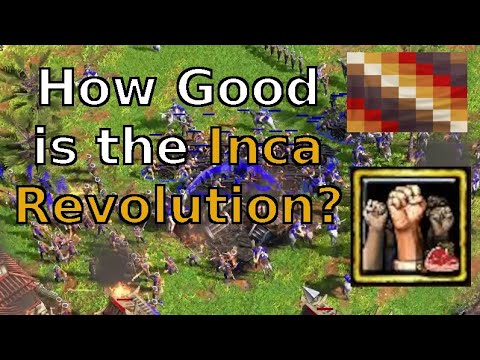 Have you ever wondered if this one interesting Card is worth it to pick? And how good is it really? My in-depth look into some random Cards i stumbled upon. This Guide is a Work in Progress and I wi

I dont understand why make this into a card, and not an Age IV technology… Its so situational that no one will put them in their decks.