This guy has been cheating with MAP EXPLOIT. A friend told me I'm the third one commenting about it

Basically he picks this map and plays until Great Lakes runs on island version. He doesn’t play against against civs with mortars. So he basically plays against players who are unaware of his map exploit and migrates to the the island and turtles and yeah: trade monopoly disabled…

There’s nothing you can do basically. The island reaches the coastal part of the map so you can’t build docks, unfortunately I played random civs so siege elephant was my only option and even if I had mortars I couldn’t do much because of the towers and team costal defense. Good way of boosting ELO and playing vs players who are unaware of it. Honestly…this map is much better with the frozen version of it…why is there a island where you can turtle like that??? 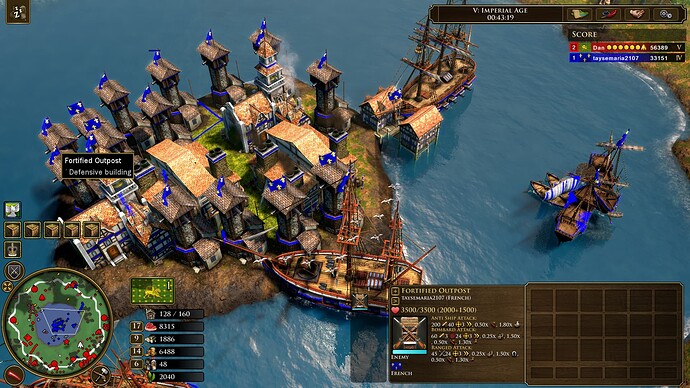 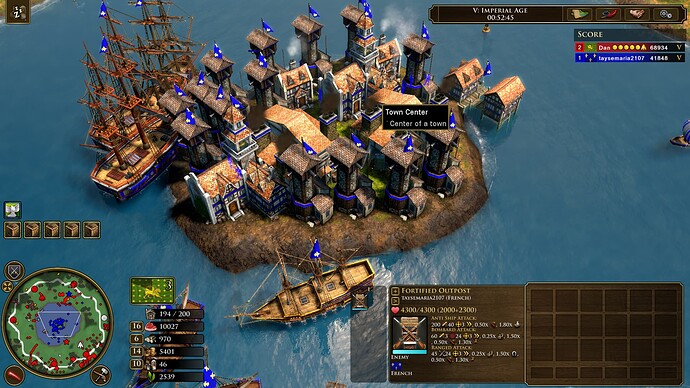 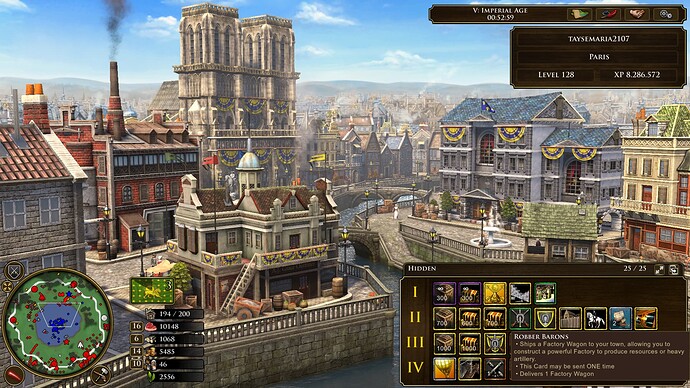 i personally think that it should be impossible to disable trade monopoly. its an important mechanic to force map control out of players like this

Sounds like a couple other civs need to have a “captured motor” equivalent added in imperial. Pairing culvs or siege elies to deal with the ships and mortars to deal with the outposts would break the defense, eventually, but definitely a toxic way for your opponent to play.

He doesn’t engage, he just sets TPs and and goes for that. I won against him prior to that (the map was the frozen version, without the lake) and it felt annoying just going against it because he was just walking around the map. I just realized what was going on when I talked to my friend and looked at his deck when he was set up.

The LOS on the coastal can’t even reach the island so I was unaware of what was happening until it was too late.

The only reason the game went so long was because I tried to reach the island and I was cleaning remaining bases, but it was impossible…specially as India: Monitors have ridiculous range and the towers knock any ships or docks.

It looks like he was shelling down wonders… If you face him again as India, using ceasefire with the Taj Mahal might be a way to help deal with it. If you can defend a dock long enough with siege elephants to get a ship produced, you could load it with rajputs, hit ceasefire and drop them on his island. You could try building several docks simultaneously so that he can’t knock them all down in time.

Taj Mahal doesn’t work against buildings. Towers and TC would still attack and shot down ships.

Oof, I didn’t know that. Man, this guy has his hustle figured out. I agree that trade monopoly should be required.

for future reference, the portuguese consulate can get you access to some culverins and an ironclad, which might have helped you land some flail elephants and probably the map huron, or whatever it takes. the real solution is never allowing trade monop to be disabled. Its very underhanded to play like that

Why is this even an issue, just quit. Pretty sure this maps not even in ranked pool so if this was casual it doesn’t matter who wins just quit.

Yep, that strategy won’t work twice vs a player.

But it’s lame not not engaging and set up a win based on map exploit to boost casual rank.

I think Galeon can still land despite the heavy fortification.

It is casual, and that map is not in the rank pool maps.

So there is no reason to blame that player, he plays for fun. If you want competitiv, go in ranked man. ^^

Second, I don’t see any problem to win here, he has no eco and less than 5 warship. Just build 40 docks at the exact same moment and spamm ws. It will take time but he can’t support the longrun.

Let a new legend to be made.

I don’t see how this is cheating or using a map exploit. Those are some serious allegations.

This map isn’t in the ranked pool, so this must be a casual game. You can set the rules for casual games to be ‘classic’, which does not include trade monopoly.

This is like saying that ATP on a 5 TP map is CHEATING using a MAP EXPLOIT to get a powerful stagecoach… when it’s just another strategy allowed in the rules.

As other people have already said, just quit. Block them, and you’ll never deal with it again. Eventually people will stop joining their casual hosted games.

Yeah I agree it is quite some bait to call this cheating. Its not even a good strategy unless he can also secure the land, he has too much invested in it.

the most efficient route I think I would take…

Go imperial, get spies, and blockade if he was using infinite shipments. then u surround pond with groups of siege ele so to flank his ships that will try to attack your developing docks, train monitors, use ability to snipe facts and just continue pumping ships.

Agreed. Also versed them, was funny more than anything

I have around 4000 hours between legacy and DE. So I’ve face many toxic things, and this is not toxic or a problem at all, I would have find it fun.