This is what happens when you release a game missing features from previous titles like Zoom, mod support, basic unit commands like patrol, full hotkey support, balance, etc

I switched back to AoE2 a week or so after the game came out as I had been asking on the forums for zoom similar to previous games since the closed beta
shame too see one of the most anticipated new games in the genre go like this.

The discussion value of this post is zero. If you prefer the Zoom degree and mods in AOE II, go play that. You don’t need to make any grand announcement of what game you are choosing to play. Posts like these always conveniently ignore the AOE IV players on gamepass because it doesn’t suit their conclusion of “game is a failure because devs didn’t listen to my demands for zoom”.

Would you continue to play if it had all these features but sub 10k players?

People can also be playing aoe2 de on gamepass. Stop inhaling copium. OP is right, this game lacks so many features from previous games which is why it has less people playing it than aoe2 de. You would expect a new game that improved on features in previous iterations and added new features to retain a bigger player base than their predecessor but because this game doesn’t improve on any features or add anything new but in fact removes them is why after the novelty of aoe4 wore off people go back to aoe2 de. No scenario editor, can’t change colour, no mod support, trash hotkeys, no patrol, no split, trash balance, trash AI, bad chat that censors everything you say. I’m sure all these will be added/fixed eventually but like I said, a new game should retain/improve on existing features and add some new ones but instead this game just removes almost everything the previous games had.

shame too see one of the most anticipated new games in the genre go like this. 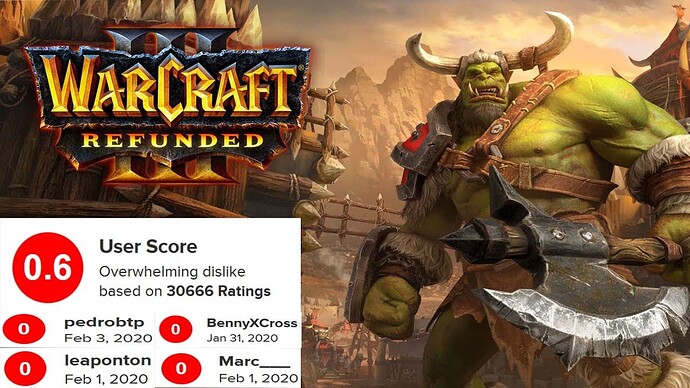 I believe it isn’t an unreasonable opinion to hold, that, had the game included all of those features at launch, it wouldn’t be sub 10k for quite a long time, and that, for reasons of how reality works on our minds as we age with something, I’d continue to play once the game reached sub 10k players.

The ratio was pretty close in 2020 for aoe2de. But I don’t know if it’s the same in 2021 or this year, gamepass is becoming more popular nowadays and aoe2 players are increasing there.

As for the topic, the hotkeys are a strong turn off in this game. I still don’t understand why they designed them like that. 3 of my friends dropped aoe4 just because of that.
A full custom feature like in SC2 or the traditional aoe2 hotkeys would have been a lot better.

Btw these three months are running out for alot of people if not already. The question is how many of them go on with the normal subscription fee, too.

I’m in the normal sub, will probably keep it bc of the other games it offers but def not bc of age 4

Beyond disappointed, shame to the graphical director, game director, whoever else approved this atrocity of a game

God forbid one of the developers was an avid age of empires fan, I bet they’re livid

I instantly gave up on AOE4 when I saw the awful scale of buildings to humans. I don’t mind the cartoony graphics but for me a game is unplayable if the buildings are not good looking. I really like how beefy they made the walls, they are the only good structures in the game.

Empire Earth 3 had that already.

The bigger issue is honestly that Age 4 is like 60 bucks. Thats a hard price to justify for a genre that is not at all as popular as some of the other big AA titles out there. AoE2 by comparison is super cheap and so can appeal to a much bigger audience of new RTS players.

I mean it’s a new release im sure it’ll come down, other RTS games are 60 tho like CK3 and hoi4 and whatnot

Also u can get this with game pass

Not defending the devs for their patchwork unfinished game

You are aware the majority of Game Pass users are Xbox console players make up maybe 87-95% depending on who you take as a source. There are probably just under 300k PC players world wide in total playing anything on Game Pass. its a strawman argument to include them. If the stats were public then it be worthwhile like you say to give any credit to the supposed legion of PC Game Pass players. Which is why Steam is the main platform for standards. But lets say we have estimates based on 3rd party sources when GamePass users have the games installed then according to this website there are only 32k AOE IV players vs 34.4K AOE II players Full List of Xbox Game Pass for PC Games

In any case whatever 3rd party source you look at there are still more AOE II DE players on any platform than there are of AOE IV and that does not bode well for a game that has been out for less than 6 months when a game of over 2 years entering its 3rd still has the same amount of daily players and is higher than a brand new installment.

You are aware the majority of Game Pass users are Xbox console players make up maybe 87-95% depending on who you take as a source. There are probably just under 300k PC players world wide in total playing anything on Game Pass

Could you please share the sources of this? Thankyou!

Another thing , steam is just a fragment , actually age4 have more players than aoe2 , in game pass and in MS store .

It posted distribution without total number of players. And after that someone forgot one leaderboard for aoe2. (so it lost 50k of aoe2 players.)…

Plus one player in aoe4. STONKS

In the 14d graph you cannot say nothing , aoe4 have more players in these 14 days , so sorry but you can’t say nothing about this.

yes let’s claiming without evidence.
If 30d were wrong. what makes you think that 14d are right?
numbers are just made from air(at least in the post I’ve seen)…by cheating or just mistake -they were simply wrong.