Thought on the death of the Drush FC

Many years ago there used to be a time when the Drush Fast Castle Strategy was actually viable in high level games with infantry civs on Arabia.
Aztecs with free gold.
Celts with faster Militia.
Japanese with faster attack
Goth with cheaper militia
And so on…

Back then standard Scout and Archer rushes were also viable.

Now the game is much faster and more aggressive.
Fast Scouts (17-20pop) and Militia/MAA into Archer builds are prevalent. Going up to castle Age without building feudal Age units does not seem to be an option anymore (at high level).

Do you like this development?
I think the Devs agree as they recently neerfed the Celts dark age militia speed bonus. (Now going Archers is more or less a must with them…)

I’m kind of splitt. On one hand I like to watch the more aggressive playstyle as more action is going on. On the other hand I am missing a little bit of the flair of the older games and each civ having a clearer identity…

I do, Feudal Age units were woefully underused before, and Drushing is still viable and the best strategy for a lot of civs, such as Goths, Lithuanians or Magyars.

I have yet to play a game with so many available openers as AoE2 DE, to be honest.

Yes, a Drush nowadays is quite common. But a Drush followed by a fast castle is not. It is now pretty much always followed by Archers or even Scouts, Skirms, Towers etc.
The pure infantry civ -> only build Militia before castle Age <- strategy seems to be gone…

Drush was always followed by Archers even back in Voobly, because Archers cost no Food and can easily pile up Vill kills after a Drush left them weakened, and likely stopped a proper Wall from going up.

Oftentimes. But I do remember in the time (about 2010-2014) that 5 Militia into FC was a viable Strategy with Aztecs on Arabia in Pro games…

And Aztecs were broken OP, while now they are much more tame and balanced.

OK I’m extremely surprised by this topic. We’ve spent a while in DE where the map gen and walling meta made drush FC the only viable strat just because feudal rushes were too slow to reach the enemy before walls were up, for low-mid elo people just like for pros.

Even now it’s still viable on Arabia if you have a very safe map.

If you want an example: 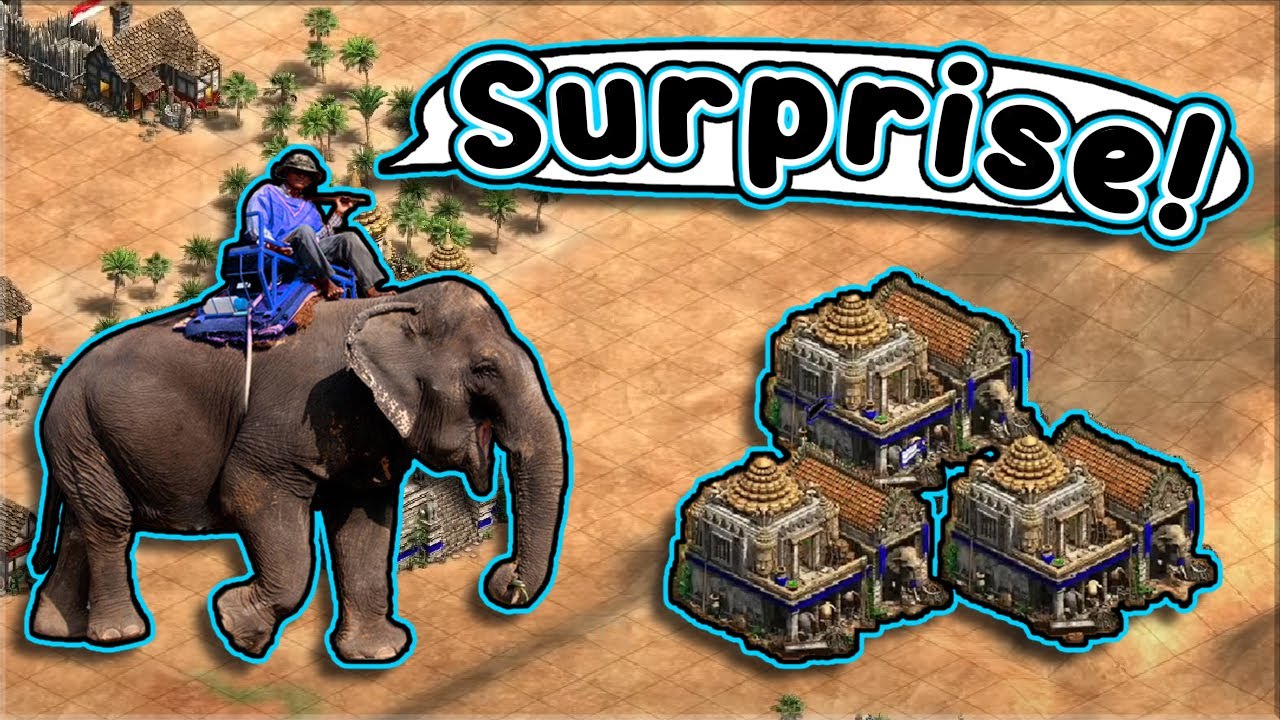 (and it’s a really entertaining game to watch)

Do you like this development?
I think the Devs agree as they recently neerfed the Celts dark age militia speed bonus.

Since whenever Celts are mentioned it’s mostly to discuss Hoang strats, I suspect the nerf happened just because the strat became popular and some people complained about it. I still think it shouldn’t have happened.

And on the flip side with the various changes the devs did, stuff like Portuguese or Tatar drush into FC is possible now, so ig it cancels out?

I think all those drush civs have other aspects that show in other strategies too. Aztec are gods at feudal aggression, Japanese bonus is only in feudal age so m@a archers is better for them anyway, and so on. Really only Celts suffer from it, and it’s mostly because of their nerf, not drush FC being too bad.

I mean, Malay big dumb stompies versus Infantry is about a cost effective exchange as can be imagined in melee vs melee matchup. People are very slowly catching on to just how scary Malay eles are with how cheap they are to produce.

The mindgame was crucial, though.

To be honest i don’t like feudal rushes at all because somehow it feel like they are just a waste and useless so my best strat and the best thing i like to do is going FC but as you said it became very hard to go FC in the current Arabia, actually it is like a suicide to go direct FC or even drush FC especially at high levels, so for now i always go MAA or scouts but i prefer the scouts opening in general

The game survived 15 years of huns wars, where making army and having a clean and perfect execution of the BO was a must, but those days are gone, palisade gates and quick walling changed the feudal aggression, you can’t make damage if you don’t have archers vs a walled enemy and that doesn’t even guarantee that you can break in, that is the real responsible of the slow defensive meta.

The palisade nerf is just killing low elo players, now when i queue alone my team mates die alone because they couldn’t wall in time, while good and decent players just wall before or stop anything with quick walls.

So the meta is not going to change and it is very predictable, wall early and go for archery range in case enemy goes man at arms, add few skirms to clean archers and 2 spears in case he has sc, when you look at that you can clearly see that hoang style is the most effective counter style to the current meta or playing mirror, just booming behind.

Honestly quickwalling has changed the meta in a negative way, all unfinished buildings should have negative armor, making it super easy to break, so going for army would be effective again.

nvm i thought it was reply to me.