Our team thinks that the tooltip is ok. Thanks for your report!

IIRC, that unit does melee damage at range, so the heavy infantry melee armor applies to both the at range and melee attacks, therefore, the faster melee attack yields more overall damage than the slower ranged attacked.

ok ill calculate it
and see how muchdiference is

conclusion:
sudanes is PARTICULARY LETHAL when atacking very nearby but not in meele to heavy infantery

my english it not the best, but you got the idea about when this unit is particulary lethal

also the speed of 4.75 probably would kill the enemy heavy infantery before they flee 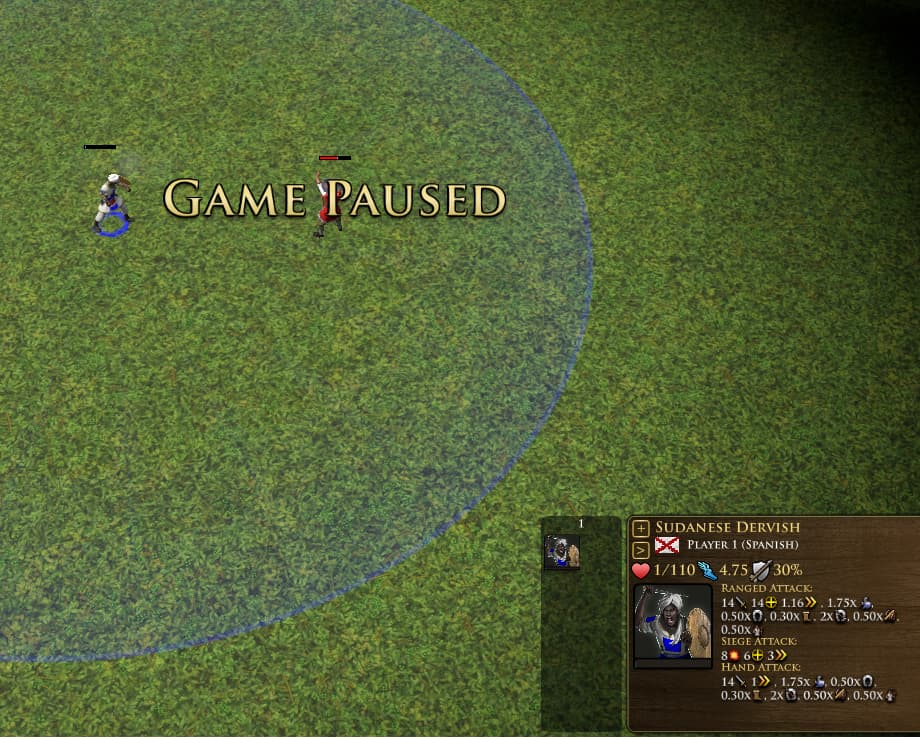 your math is off

the only variable that changes with the dervish is the attack speed since it has the same base attack in melee and at range and also always deal melee damage.

so the dervish always has higher dps when attacking in melee, always

so instead of hit and run i should just make them run to the heavy infatery no?

depends if you are outnumberd, then kiting might be the solution.

If you want to kill them as fast as possible, then attack move every second while moving forward to maximise attack speed and then engage in melee. Its a very microable unit.

The closer they get the more they attack so the more you attack while closing the distance the more damage you get.

strelets are not profit versus them right?

yeah strelet would not do well since dervish deal melee damage