I would love to have a treaty mode for AOE4.

For those of you who don’t now it: 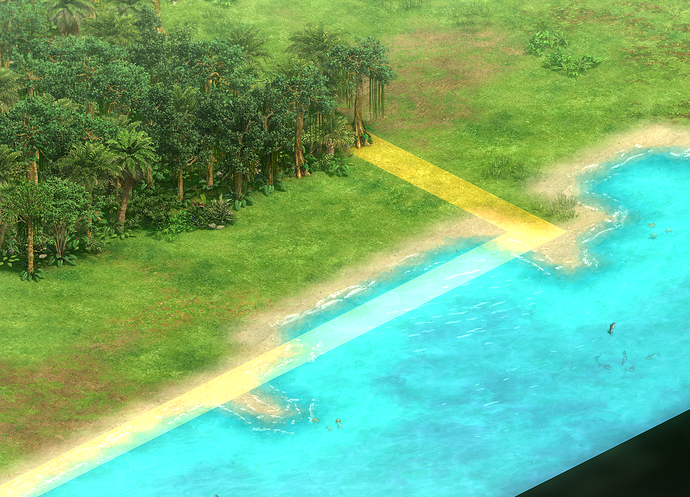 Treaty is a game mode first introduced in Age of Empires III: The Asian Dynasties, later added to the Extended Edition of Age of Mythology and the The Forgotten expansion for Age of Empires II. In treaty games, the host player can specify a time...

Basically you define that attacks / rushing/ raids are not possible before X minutes. Buildings can only be placed not to far from the own town center.

A verbal agreement is not enough. There is usually at least one person who does not stick to it. That’s why I think the mode is needed.

I think lots of players like this mode. I often played it with some friends or others.

What is your opinion about it?

I think on paper treaty mode is good, but… If you let
30 min for booming for example, when the treat end, I’m sure we can see people with 30 mangonels. I don’t think it is funny. The risk of sieges abuse is very high with this mode

Well, then you hard counter them and win the game without breaking a sweat.

Well ‘funny’ is a different thing, but these modes are certainly fun and bring more variety to the game. In all previous AoE games they were great.
There’s nothing to assume or hypothesize about - you should really try few games in one of the previous AoEs to see for yourself

The Treaty ruleset doesn’t look like that on the outside, but it almost completely shifts many aspects of the pace, strategy of the game, without having to alter maps or civilizations. It’s a great addition and there’s no reason not to have it. Lack of it only make the game lesser and not as interesting and valuable as a product.

I don’t think it’d be bad to have this, with the understanding that obviously not allowing people to boom endlessly is part of the balance, so the game may be less balanced in a mode like this.

How did AoE III handle that? Haven’t played this mode there.

How did AoE III handle that?

What specifically do you want to know?

AoE III (DE) has a staggering amount of customizability, systems in play, additional units etc. so it’s impossible to draw very straight lines between that and IV.

its done very well in both II and III, and to point out since treaty needs to be taken care of in game balance, in III home city decks actually mean its easier to do so, IV has to and i mean it, get standard balance in decent spot first

I totally agree. There is no reason for not having that. Everyone can decide by his own if he wants to play it.

There are definitely lots of players who enjoy treaty mode.

The balancing of siege is another topic in my opinion and has nothing to do with treaty mode.

I would only say it does offer (atm!) less potential than in AoE3DE, and especially in longer options, because of the smaller number of civs, much fewer maps to choose from, no civ tech customizability (shipments) no native tribes on maps, no mercenaries and many other things, but still even right now it would be a great addition and a twist for normal skirmishes, online or solo.

FYI this is a building zone radius on the Arabia map type. In practice- that’s enough, and just like in AoE II it pretty much prevents any cheesy strategies involving buildings. You still can build ofc all types of defenses, and your forts or towers can attack enemies, so it’s not like you can park your army under enemy TC and just wait.
Well you can try so your enemy can know how to counter and destroy it 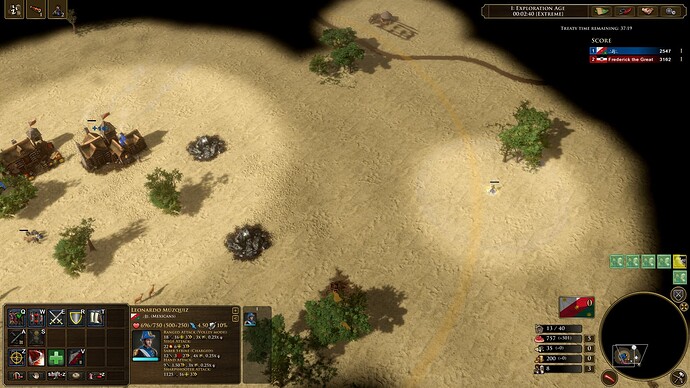 It’s never been my cup of tea, and given that AoE4 has some civilizations that, if allowed to boom uninterrupted, have a massively powerful late game (e.g. China) it seems to have some big practical issues with balance. That having been said, it clearly has a great deal of appeal for some players, so it would be great if they are tossed a bone at some point.

it’s not like you can park your army under enemy TC and just wait.

I won a nr40 match on AoE3 TAD before the treaty end. A russian player went into my aztec base with siege cavalry before I set up my walls. My ally was firing me for dont do it before, I wasnt caring about that. Then with my base closed I started to build my defenses around my base until the russian army was blocked in one of the limits.
Then a bit more walls and wait xD.

It’s mod for simscity player xD
When I was young I said to my friends on aoe1 no one attack before 30 min , it’s exactly that xD

Treaty length should be as long as players in a lobby would like it to be- both DEs offer a pretty good selection. Weirdly enough, 2DE offers by default even shorten timeframe, despite 3 being a bit faster and more dynamic, and certainly at the beginning of the game.

Very long treaty games are not played that often. It’s fun from time to time, but there’s so much you can do in like 60 minutes, not to mention 90…

How… how does for example preventing rushing for 10 minutes translate to economic city builders?

He’s not completely wrong, chinese and hre with current balance would dominate, but i wouldn’t call it simcity play, its just different approach, lategame focused from the start, many people just prefer this way of play

I agree, I enjoy treaty mode as well with friends. It gives us time to enjoy the building aspect of the game even more in the beginning.

I’m not saying he’s completely wrong, just wondering about quoted sentence that doesn’t make any sense.
Really long treaties do not really make ‘sense’ in any AoE and if anything I’d say that type of game dynamic is more attractive to… idk some Total War players? By the time it end you have a fortified position and a bunch of armies to command. It’s a scale much smaller than TW, but certainly it would be closer to that than a city builder without combat.

For me usually sweet spot is 20-30 minutes, but it depends on map and its size, number of players and their civs. Treaty shifts basic rules of the game and forces players to come up with new strategies and utilize new skills, in a situation with a ticking clock above head and a need to equally focus on settlement growth, scouting and situational awareness and own production and team composition.

Also modes like that are a godsend for people with different skills and interests. If somebody is great when it comes to strategy, but not good with APM and early pressure, having a treaty mode indirectly diminishes the importance of mentioned skills and allowed for people like that to get more satisfaction from a game. Being more efficient is faster still matters (bigger stockpile of resources), but it’s not as crucial as in normal games, where losing single units, misclicking with building, and having some eco units idle has a huge impact on the outcome.
Also it’s great for chilled games, games with friends in a team. It’s worth having it just to be able to experience huge battles from time to time.

i do agree anything above 40 minutes is excessive

I don’t enjoy play on late game , too many wall everywhere , too many canon , I like to play feudal and Castle

Late game civ will rule on this game mode

treaty as an OPTION doesn’t hurt your preferences, and treaty isn’t just 40 minutes, you can do 20, 10, 5 even, late game civs being dominant is pretty much an expectation with longer games,
I only play treaty on the side if i have time to burn