Since the release of the new African civs we have also received a new animation for the tribal marketplace.

Not sure if this is the way it is supposed to be but the animation is not really good.
Please see and judge for yourself: 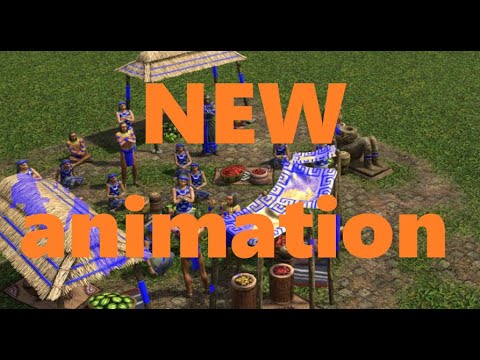 Can you please change anything about it?
All those units look rather idle than busy.

Or am I wrong?

I think only the one speaking should be standing up, and the others remain sitting. They don’t look idle to me like in previous builds where they just didn’t moved, so it’s an improvement, for sure, but it does look weird having everyone standing up and then sitting, I mean, its not mass.

I really like the new animations. The only thing I would modify would be that the person speaking is not always the same, to give the idea that it is a building where people go to exchange opinions. And maybe just made the stand/sit cycle longer

I preferred it compared to the previous animations, I thought it would be nice to see people discussing issues related to the good of the village, or the city, it was something I expected, but I also expected some villagers weaving, some villagers making pots, other men and women dancing. All were activities of these indigenous squares, which gave strength to the local community at that specific moment. Yes, it could improve, but I think that something is better.