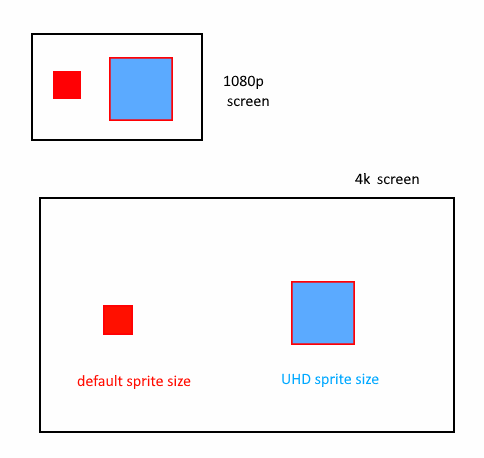 So… I just bought this shiny new 1080p monitor. I guess I could switch it for a 4k

But, does anyone know for sure if UHDzooms out to normal view on 4K?

I kind of don’t trust MS to, you know, give a crap about whether things work…

From another thread, these all give the same view of the map: