I had 4 scouts garrisoned in my Stable (I set the stable as my rally point). I changed my rally point and pressed my ungarrison hotkey (Z) and it said “not enough food”. I was low on food, but it shouldn’t cost any food to ungarrison lol. Once I clicked the ungarrison button manually, it worked. If it helps, my hotkey to make another scout is Q. So that shouldn’t have been an issue.

This has happened before with other buildings too. I often seem to get the “not enough food” notification while trying to do things that cost no food.

Also, while we’re here, I bound my “go to university” button to U, but when I press U nothing happens, even if I’ve already built a university. No idea why.

I got a similar issue, I’ve set my select all town centers hotkey to CTRL-SHIFT-D and it works as expected, but after I select and deselect a market the hotkey stops working, instead it keeps selling food. My guess is market deselection is bugged.

Also noticed that it works after the market is destroyed, so it also works as a cheat!

The bug still preserved as I have experienced it in the 2nd Dracula mission. I garrisoned ships in docks and paladins in castle (I was not able to build any of those buildings thus maybe the bug can be linked to “converted buildings”?). The only solution was to destroy the building, then all my units were released. 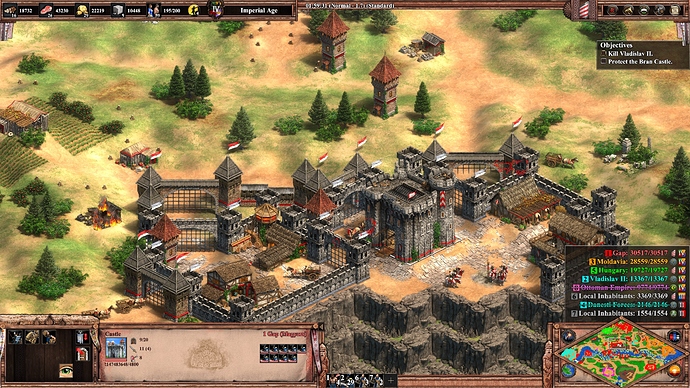