Would be OP, Kipchaks are already pretty dang good

Are Cumans good? Obviously Kipchaks are one of the best units, especially considering their faster movement bonus

Allow your allies to train infinite number of Kipchaks but pay the cost. Cost can even be higher for balance purposes and give some flavor of Mercenary theme.

The thing is, it doesn’t help the already poor Cumans in 1vs1

Are Cumans good? Obviously Kipchaks are one of the best units, especially considering their faster movement bonus

No but being able to spam kipchaks from archery range would give them a really nice boost imo. It would be a better tech for imp age

2nd idea - A combination of current “Cuman Mercenary” and “First Crusade”. Instantly get x number of Kipchak from all of your team mates (including yourself) castle maximum of y number of castles.
x = 5, y = 2 or 3 seems balanced to me. Cost of the tech, value of x and y can always be adjusted.

Quite a lot of civs are good despite having only one useful UT so fixing Cumans doesn’t require giving them a super tryhard UT. The idea of making kipchaks unlocked for allies would probs not buff them, and people who focus on winning wouldn’t use it, but it would be way more fun to use than the current version.

What’s funny about your second idea is that it would trigger so many people if Poles can’t make winged hussars but they can make leitis.

Oh the Cuman idea is suggested is for self, not allies!

Well technically Polish will definitely have Hussars at Stable! 11

The devs like to troll us. They announced DotD and didn’t mention civs. One month later, they started hinting about civs but ignored Poland. Finally they said Poland is in the game and they explicitly show the Hussar. It means that it won’t be in the game, 11

It means that it won’t be in the game

And boom, it will be in the game after the next balance change similar to Flaming Camel.

I DauT it. Indians haven’t got Battle Elephants… Yet!

That’s a bit different imo. I think you are referring to this picture - official Indians preview Teaser for DE - but you can notice there is an WE as well. 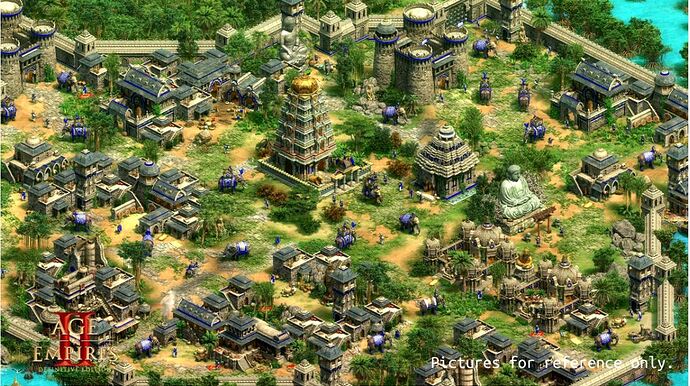 Well @CactusSteak2171 we have forgotten a very big possibility. The Winged Hussar can be a regional unit for Bulgarians, Lithuanians, Slavs, Magyars.

Then Bulgarian winged hussars would be the best of the bunch, which would ofc trigger people to no end too. More seriously I don’t think they would do it, and if they do they won’t give it to Magyars for sure (3 light cav units on the same civ wtf) and Bulgarians (too much balance issues)

Let’s see and hope for the best!

Nice catch. Or it is just a reskinned generic Hussar for Poles and maybe for other 3 Eastern European cavalry civs.

and Bulgarians (too much balance issues)