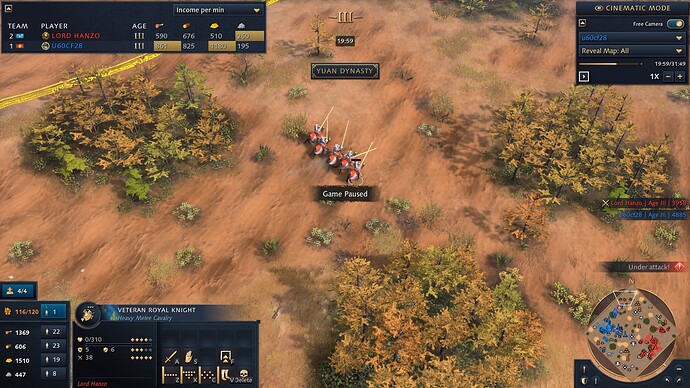 image1920×1080 329 KB
I am not very sure what caused this to happen. The French player does have chivalry researched. Most of the damage that happened to the knight was from outpost arrows and the final shot was dealt by a crossbow.
Omadon86 November 21, 2021, 4:09am #2

Probably the knight have like 0’X health points because chivalry. Games ussualy have decimals in their numbers but they don’t show them.

I’ve had a similar bug where trying to delete starting scout it just looses all it’s hp but doesn’t die. Have to go find a boar or wolf somewhere to kill it lol!

Just like the starting scout that they can healing themselves.

This could easily be fixed by not rounding down the number, but up.

True, maybe because the scout regens HP it doesn’t die when you delete

Thanks for the report @Kouriger! I’ll log this so the team can check it out.

I would like to say that the bug might involve more then units that have been healed. I had a culverin that somehow managed to survive with 0 hp as well. I did have all of the relevant siege upgrades done. Hope this helps. 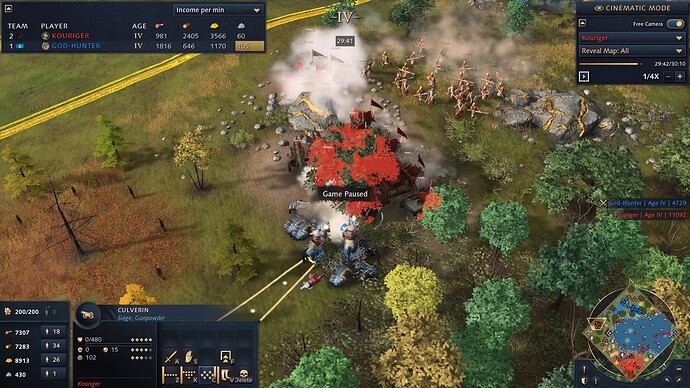