There is a delay after launching the game before the United States add-on is loaded or recognised. Normally, when you launch the game, the menu will display the Home City you had it set to when you last exited the game. However, if you last used the US Home City, it will launch with a different one.

If you go into the Home City menu immediately after launch, the US Home City is not available. After a short time, if you exit the menu and go back into it, it’s then available.

I unlocked the civ by completing the challenge rather than buying the DLC. I don’t know if that makes a difference.

The US Home City should be available instantly as with all the other Home Cities, and should be able to appear behind the main menu when the game launches.

Just after the game launched: 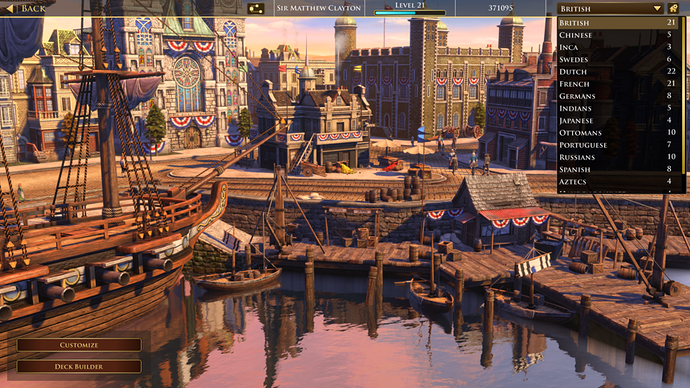 After closing and re-opening the Home City menu:

Side note: The random order of the civs in the dropdown is very annoying.

Why will deleting my home city save help?

Well if you don’t want help, go ask the support, and not the forums…

It’s not helpful to refuse to provide an explanation.

As far as I know, this is a bug with the game, not a problem just for me.

Then ignore my messages, i gave you a possible fix. end of the diskussion :3

I was just asking for more information.

It doesn’t really help. Do you know what helps? Report bugs and wait for them to be fixed like you did. Thanks.