Units are getting stuck in TP sites extremely frequently. Military, vils, explorers. In this specific case, an explorer on California.

Units should not get stuck in a TP site

Enemy explorer stuck in a TP site. I was able to build a TP on top of the explorer 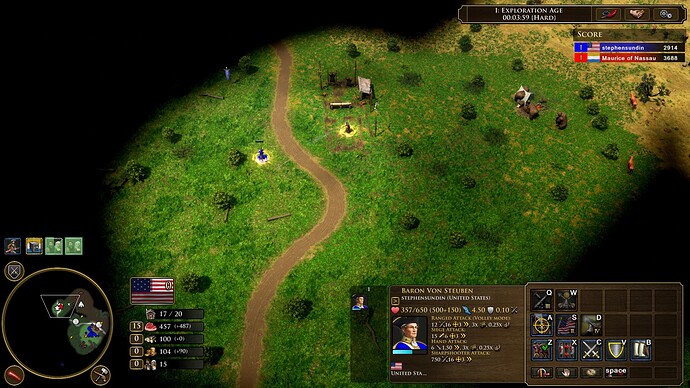 I’ve experienced the same thing with a outpost wagon as US civ.

My villagers got stuck in a trade post. I know this issue of units getting stuck is known but it’s very frustrating for all of us players when units get stuck in the barracks, trade post, etc. Unfortunately I do not have a save recording of this occurring and did not see what led to it happening, only the result. I presume that the villagers were gathering a hunt next to the TP when the TP was being built or perhaps that they came in after it was built and got stuck, I can’t say for sure. They were not involved in the construction of the TP.

Here’s the steps to reproduce the issue:
Unsure how to exactly reproduce, does not always happen. Having units near a TP as it is being constructed is likely the cause.

Villagers would not be stuck and could walk away 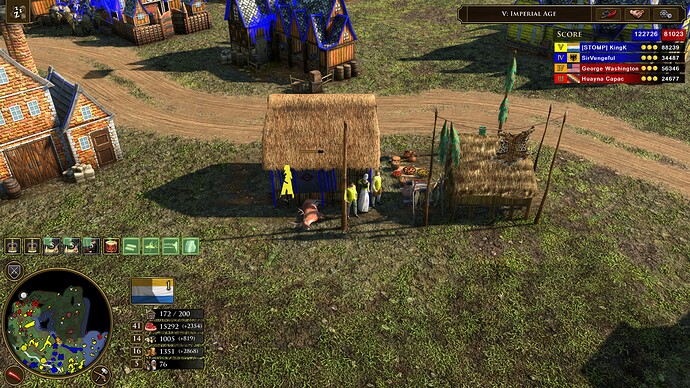 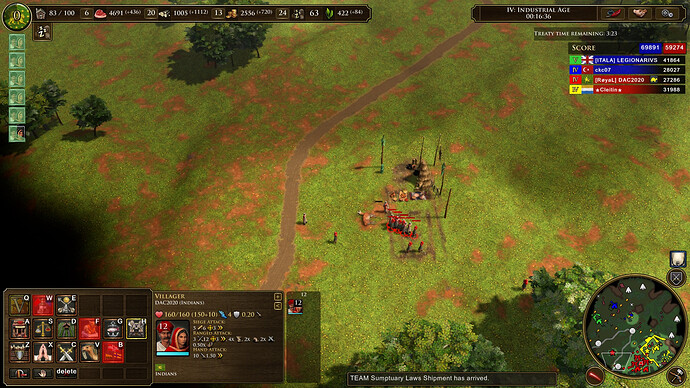 I lost this game since i had to kill all of these 12 vils. They were hunting and the hunt just moved to the TC.
I tried to move them in group and i killed them one by one (it could be a pathing issue) but in the end i lost 12 vils to a Bug

Same issue happens to me on the most recent game build as well. I had to delete stuck villagers, they showed up as idle but they were stuck in the empty trade post site. I cannot provide a screenshot or recording because later on the entire game crashed while we were playing 1v1 ranked, without warning.

After the last update I keep getting my Explorer stuck in Asian Trade Post socket way more often than other socket types so that one needs investigation. Just got him stuck on Hokkaido.

yes the same bug always besides it is present since the old game.

I’m not sure if this is the same, but I just had a game as aztecs where I tried to build a TP using the 3 travoi shipments. One of the trade posts could not be built. I tried deleting the trade post and rebuilding over and over, it wouldn’t build. It was super frustrating. I tried different travois as well. The other trade post was able to be built after a lot of trying. I also notice with travois in general and fort wagons as well, it rarely builds the first time, and I have to check back and it is sitting there over the foundation and I have to retask it to build or else it never builds.
cannotbuildtp.age3Yrec (1.8 MB)