Throughout the campaign(s), there are a large number of issues with units going where they should not on the terrain and then getting stuck for the rest of the scenario. Arkantos and Ajax especially would get stuck on cliff terrain or in the mine walls. It seems to be an issue with their pathing, because units also often would not want to walk through gates unless you send them to a location just outside the gate first (ex on Mount Olympus in the Atlantean campaign). This sometimes caused units to be able to go through walls/fences when attacking, such as the rock wall shown below. I saw some posts where people noted that possibly the models had changed and this is why this happens? I don’t know if it is related to these changes, but a lot of the cinematics also clip into the terrain and block the camera (such as when Gargarensis is talking before going into Erebus or when Osiris is put back together). 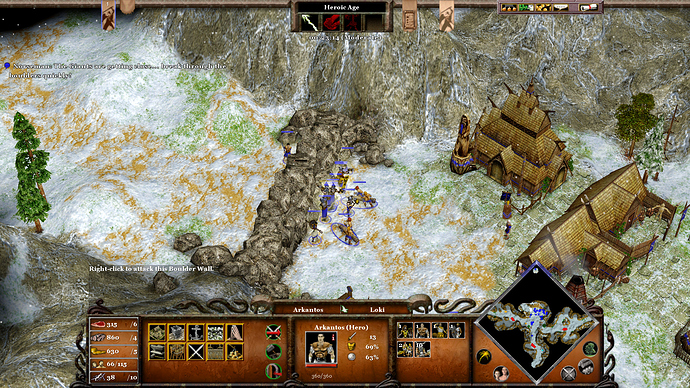 NOTE: They path into terrain they shouldn’t 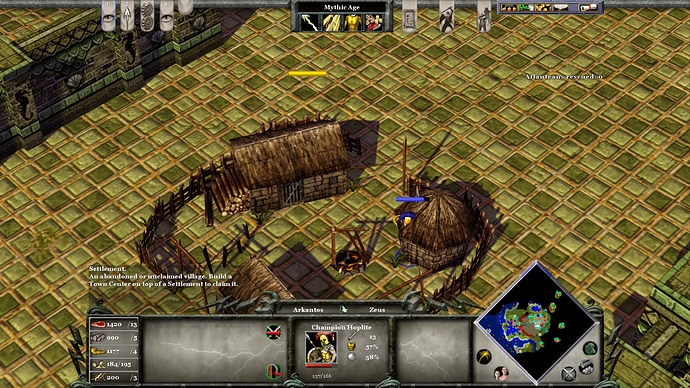 If you take a good look, two of these ballistae are where they shouldn’t be… 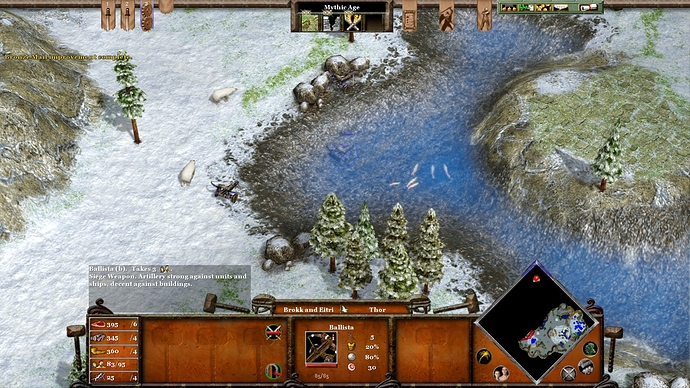 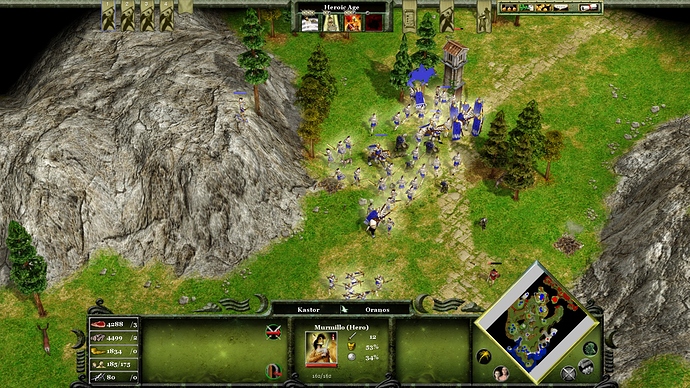 And a personal highlight from AoM vanilla mission 25 (The Welcoming Committee): this Huskarl was not only levitating when changing sides because of a mission trigger, but when he came down from levitation (I’d be surprised too if my shirt changed colour!) he was still tilted when moving everywhere else. 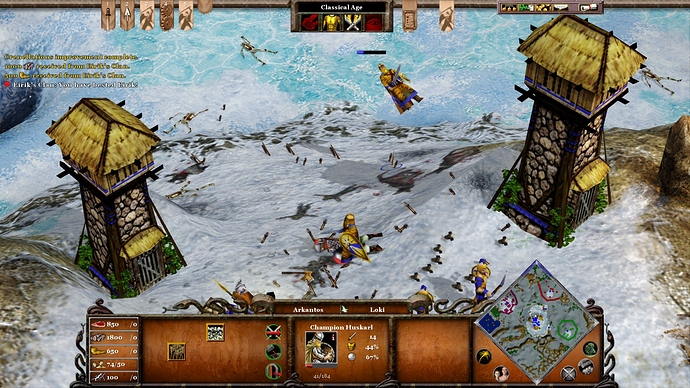 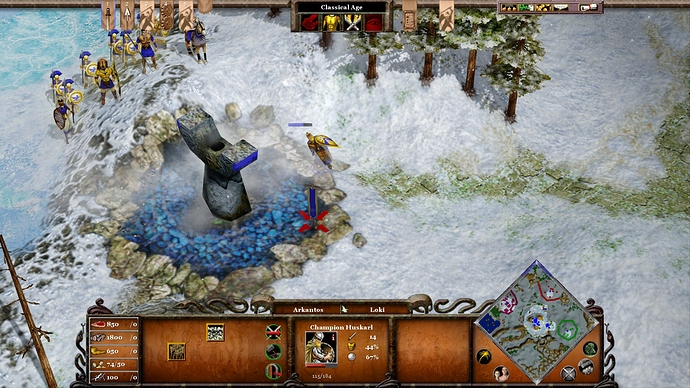 Shame I didn’t catch footage of a Valkyrie passing through the southwest corner of the walls surrounding the golden boar in Golden Gift mission 4 (Loki’s Temples).

Moral of the story: if you have a pathfinding system that works (like the one in the retail version from 2002), don’t change it, especially not for the sake of changing it (like here), and especially especially don’t give that task to an inept intern.

Sideways walking occurs in the original as well, but yeah it should be fixed. It’s caused by knock-back attacks.