Hello everyone, this is my first topic and bug report! So any feedback would be greatly appreciated.

Issue: Attacking units getting trapped in Stone Outcropping when Ovoo is destroyed.

(I am also assuming this can be any unit within the proximity of the Stone Outcropping, not just attacking units.)

How it happened: Essentially, when I was attacking the enemy faction (Mongols), I had about 30 horseman attacking an Ovoo that was built on a large Stone Outcropping (3000 Stone - Default Settings).

These horsemen were flush against the Ovoo as they were throwing their torches.

Reproduction Steps: I believe it is likely you are already aware of this issue and I believe this would be quite easy to replicate. But I will provide the steps I believe that would recreate the issue.

Step 1 - With a large mass of units, attack an Ovoo built on a large Stone Outcropping - must be up close with torches or melee.

Step 3 - Some units may become stuck within the respawned rock as they have not had time to move out the way.

Step 4 - Only way to free the units is by highlighting and deleting them.

I do not have a save game file as I didn’t think at the time, however I can attach this screenshot that I took that should show the issue more clearly: 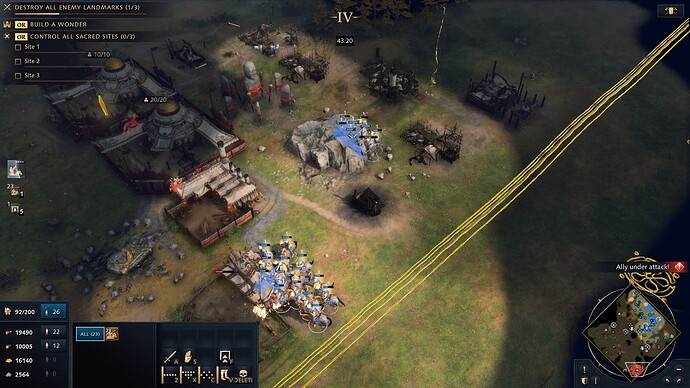 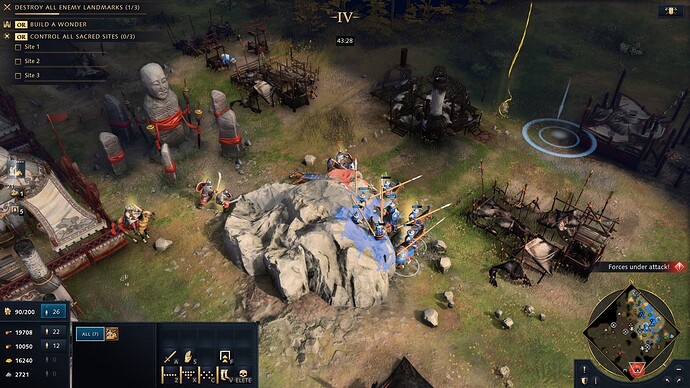 Thank you for your time! As I said, it should be easily recreated. I believe this could happen with any Stone Outcropping, but I’d imagine it’s more likely with the larger rocks as units can’t get out the way fast enough.

Thank you @Teranacor! I’ve logged this so we can track it internally.

Appreciate the report (and the screenshots)!