"Unlocked" icons through challenges or events are lost

DESCRIBE THE ISSUE IN DETAIL (below). LIMIT TO ONE BUG PER THREAD.
All icons I had unlocked previously (including the icon I am using right now) through events or weekly unlocks are no longer unlocked. Recently unlocked USA challenges icons are unlocked. 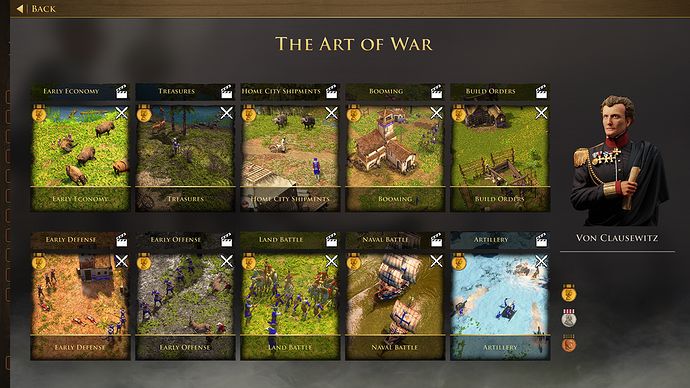 I have the same problem

Thanks for your report @WunderSunderA. This issue is now being tracked by our team internally.

yeah me too. Wrote a support ticket, but nothing happened

Same here, problem still isn’t solved.
It really bothers me that pricey DLC is being released while simple issues like this are still in the game…
you don’t install fancy upgrades on a car that doesn’t run properly either.

Maybe @Breadalus can confirm whether or not this is still an issue that’s being tracked or if we can expect a fix / return to original state in the upcoming patch?

At this stage I can only confirm that the issue is still being tracked by our team. When this is fixed, it should retro-actively award the profile images that were previously earned.

Still no fix with today’s update? Where is my Capybara?

I’m facing a similar profile icon missing issue from the African event. 2 of my earlier unlocked profile icons are grayed out.

Shall I raise a new bug thread for this?

Thank you for your new info @saukoon. A new thread is not necessary, we are already tracking this issue

Hey @everyone, is this issue still occurring?

For those who encountered the issue - were you swapping between computers, steam accounts or XBL accounts?

Please let me know any additional conditions or details (internet drop out, switching to the PUP build, etc) at the time of the issue occurring, thanks!

No swapping between computers, no more than one steam account and one Xbox account.
No internet dropouts, and i have no idea what a PUP building is but i don’t think my golden capybara is hiding in there… Even my girlfriend can’t help me find it.

I logged into the same Steam and XBox accounts during the event. Despite the progress of event was saved correctly, the unlocked profile icons only appear in the computer which they were unlocked

I just want to say I’m having this same issue. I have lost my llama profile avatars from release!

Any updates on the resolution of this issue?

I am having the same issue. I just did my tutorial, but I have logged on on two PCs, so idk if that affects it. DE is no longer installed on this PC though.

i dont have much hope for this issue to be resolved, looking at the some similar “non-essential” bugs reported are hanging there for years without resolution

I have this issue when log in the game on different computer during the Mexican event. What’s more, it seems cloud storage service provided by steam does not perform well. Steam never update my HC files unless I manually delete all local files and force steam download the latest saved files from cloud.

Keep it Forever!
Remember: if you sign in to Xbox Live at any point during the event, you get to keep all the mods and profile icons you unlock! Sign in, earn your rewards, and enjoy!

Any news on the old icons that did not have this guarantee?
Not that it matters a lot as it’s just icons, but would be nice to know if this is still being tracked or not.