I like maps with lots of forests, as they create fun chokepoints that can be enjoyable to try to force your way through. Unfortunately, inevitably it comes down to siege chopping through the sides and eventually a big open field once again.

What if there were added “Old Growth Trees”? These trees would be 2x2, would have 4x the wood of standard trees, and would be unsiegeable. They could either make up the entirety of forests on some new maps, or could make up the core of the forests while the outer rim is made up of standard trees.

Since they’ll be unsiegeable, players will need to either chop through or go around, largely preserving the structure of the forests, at least until much later in the game.

Hidden Glen: In the center of the map is a large amount of gold and deer. Surrounding it is a relatively thick layer of old growth forest. Players start on the outside, on opposite sides.

Mirkwood: Players Town Centers start in a VERY narrow pathway of trees. All paths through the woods are likewise very narrow. Lots of wolves patrol the woods.

Five Fingers: One side of the map is completely covered in trees, with five ‘fingers’ of trees stretching out almost to the other side of the map. Players start in one of the gaps between the fingers, and must go beyond the ‘tips’ of the fingers to reach their opponents.

Just some ideas. They’d obviously be some very slow-paced and methodical maps, but that’s okay, sometimes. Nice change of pace, at least!

Wouldn’t that make them last forever? The idea would be they’d still be choppable, just not siegeable.

If you making choke points why not you mountains or cliffs and then use the trees to them. This would make it choppable but not passable or able to be passed with seige 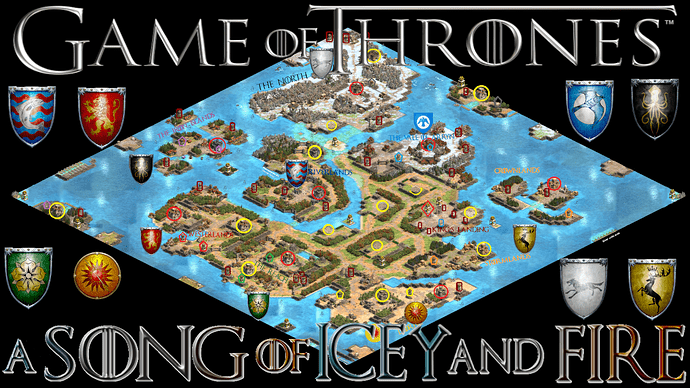 I dont follow the books or show enough to rp well. If its just kicking butt and taking names… … well im not good at that either, but apparently I enjoy trying.