We need some Expansions

While AGE II DE has already everything, I think that AGE III DE has a lot of potential. An African expansion, inserting new civs - Morocco, Ethiopia, Zulu - new maps, new mecanics, new campaigns would be simply awesome. What do you think they should insert in the game?

How about bringing the pirates in?

Interesting, I’d see it more as a free update, however

I want to see Italians and a few African civs added to the game. The odds we get them are low though.

AGE II DE has already everything

While AGE II DE has already everything,…

No, it doesn’t. I could easily imagine at least 3 more expansion packs if they’d really want to add something to the game. Probably in 1-2 years after they realize that not everybody will switch to AOE4 just because it’s the newer game.

…, I think that AGE III DE has a lot of potential.

Yes, it does for several expansions at least.

It all depends on when AoEIV releases I reckon. If AoeIV is a few years away I can see Mircosoft supporting the DE’s until then.

there is no any possibility to add any african civ. as you see the devs are so afraid of native discrimination problem in this game so they did a lot of things to prevent it, i dont think they dare to touch any slave trading issue which they must to face if african be added in this game

I would love to see more new civs too, but we have to consider the challenges of it.
The priority now should be to fix the bugs and correct the balance issues of the game.
Rushing in with new civs right now could be a disaster in terms of balance, and I bet the devs are already having a massive headache with the current ones.
Probably by next year we could have a new one or a few new ones, who knows, the possibility is always there

They’re still releasing articles about how friendly the game is towards Native Americans lol. Every single preview for the game was about this. It is almost like the game itself was left behind in favor of furthering the political correctness agenda of nitpicking and completely rewriting history because of people’s feelings.

Historical accuracy? how bout give the Aztecs the ability to sacrifice villagers for buffs like the ones in the fire pit.

In this regard I wouldn’t be looking forward to how’d they go about representing African civs.

Hope there’s no more new civs, if they want to add civs I’d be happy with them adding the civs they removed from multiplayer if they do it without making any changes to them, for example SPCCompany, USA, SPCJapaneseEnemy. Ryzon gave permission for people to use any campaign civs that people could get to work on RE since they’re pretty bad anyway; for example USA starts with only one crate and no explorer so on RE they could only build a 2nd town center through sending a wagon in age III and they couldn’t be rebuilt since vills couldn’t build tcs.

I would love to see a civ from Middle East (Saffavid), one from South East Asia (Siam) and civs from Africa (Abyssinia/Morocco)
Those are the missing regions of the world that I wish were covered by the game.

African civs have a great history. Zulu people defeated England several times, it’s a page of history that a lot of people doesn’t know. They could add Ethiopians and Somalians, which already are in the game as editor civs, and Zulu.
It’s true that they have to fix bugs, but I’d like to see also improvements. 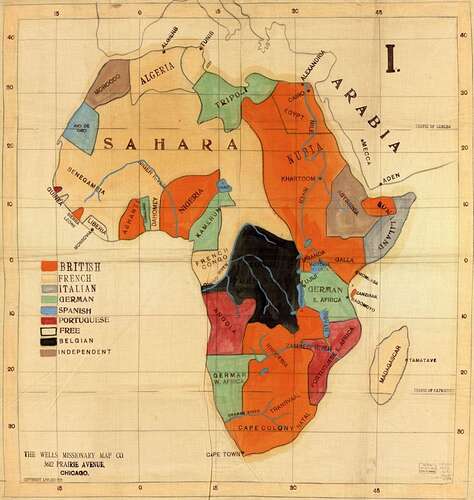 I have a feeling that they were actually trying to create a East African Civ. They have already created unique villager set for africans, flags and multiple buildings and unit models which are present in the game files, some of that assets has been used in the historical battles mod but not all. I think they had some time constrictions to abide to and had to drop the plan.

that’s not an issue, they can ignore the slave trading if they like. They are already ignorant enough to make peaceful monks ride into war for asians and their monastery recruiting mercenaries like saloons. isn’t that offensive?
This is a game afterall and there are many problems in it that have been neglected such as the Indians being a camel focused civ in AoE 2 and 3 which is not historical at all. They seem to care only the native american issue because well they are american (and the game is made to appeal the US more). They are making random swedish civ which had almost nothing to do with colonial history and made them able to revolt into US. it is pretty apparent they are making whatever they like. History doesn’t matter to them.

Swedish have colonies on North America and Caribbean. Strechted? Yes, they were there shortly. But not totally ahistorical.

Asian civs are problematic, they are sort of meme civs

Maybe Australia and New Zealand could appropriate Maori and Aboriginal cultures? That would be 2 interesting civs…

They have already created unique villager set for africans

Would be great to have a sequel/prequel for the “Black Family” series, featuring Africa civs and the Circle of Ossus too. TAD campaigns kinda gave up on the storyline and the whole campaign lost its narrative…