…Ensemble Studios never went under and this was our reality? One can dream. 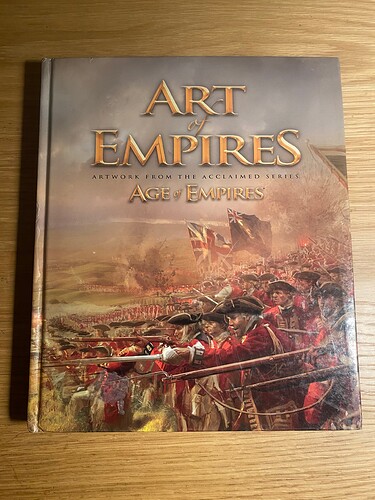 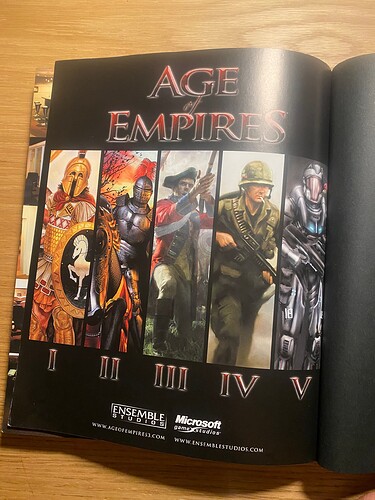 True Age of Empires IV had to be epic

From the Napoleonic wars, through the Victorian era and the First World War, up to the Second World War - a century of wars.

You can still resurrect this idea by creating a new subset of the Age of Empires - as is the Age of Mythology. Age of Wars

the dude with the cigarette really dates this image.

you don’t enjoy the soulless aoe2 remaster we got?

I have that CE witth this artbook, awesome stuff.

Sci-fi AoE might be cool, but without historical grounding… I don’t know.
Usually that detachment hurts games in this genre(s). I like Humankind but it’s not the same thing compared to Civ games.
When games is grounded and set in historical, realistic (on top of believable) realities it might work as long as this setting is never specific. Worked for ANNO games when they went to the future with 2070.

About WW2-era… Might be fun but focus on a single war/conflict is not a good idea. But that period, like 1920-1950 let’s say… why not? Still I would much more like for example Napoleonic Era, or even a sequel to AoE1 period-wise.
There’s still so much history to cover that I wouldn’t want them to detach from classic approach. That’s a big part of brand identity.

If AoE II (II) it would have been similar to AoE III… I like medieval times, but not that boring game, not the same…

I think the idea of profession from a simpler time to a more advanced moment works really well with time periods of age I, II and III. Like building up a city from stretch, building a dark age village to a kingdom and starting a new colony removed from your home empire/nation whatever. For a Great War era setting how would you progress though ages? Are you building a military camp? Are resources gathered then or shipped in. I feel the setting of that time period leads to a quiet different game to what we have had before for AOE