What should be adressed to improve in a possible AOM:DE

Sup guys… one of my first posts here, and i would like to share some thoughts about some issues i think make AOM less played than it should be, and i think somehow make the experience lack a bit. And, if i could of course, would like to change in a possible new entry of this series (AOM 2 or AOM:DE)

4 - THE ATROCITY OF WALLS COST (and placement)

And that´s some things i think could improve the experience of AOM in our “half life 3 edition”.

In 2002, not many PCs could play AOM smoothly，The 2003 Titan version reduced the configuration requirements.Fewer troops run the game more smoothly. 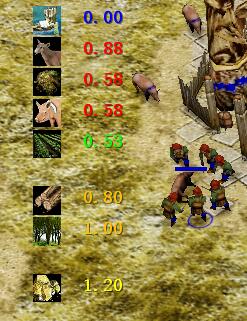 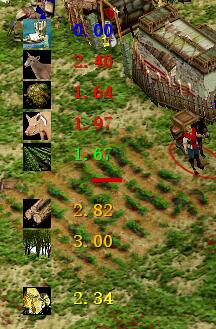 By the way, attack refers to damage per second

Every technology is clearly annotated

Of course, this mod has all the languages

There is no point in an AoM DE. I’m an AoE2 player, but if AoM is going to get a revive, it needs AoM 2 instead of a definitive version. Right now, a definitive version is kind of hampered by the baggage that comes from a current version, whereas a new version would be independent an able to resolve a lot of issues and improve on gameplay. Also, do you you know about how to bold text in your posts? You could use bold text instead of caps lock for your titles. Just an idea.

Exactly AoM 2 would be better than a remastered since it no longer has to rely on an older engine and perhaps hopefully AoM 2 would have multithreading and other “modern” capabilities for an RTS such as reconnect features and better multiplayer lobbies.

I think they should add the ability to use god powers more than a one time or two time use basis . For instance after using/activiting the special god power rather than it being unusable, it could be used again when a specific time based meter or gauge is filed . Also, each civ could have a unique method to reduce the wating time required to use each god power ( i.e Norse, via battles. Egyptians, via monuments or Pharoah. Atlantis, Via how many hero units are created. Greeks via temple worshipers. Chinese, directing their shrines to produce that). Additionally i find it to be mind baffling that there is no way to heal untis in some civilization (mainly the Greeks) without choosing a patron god or activating a special god power that only could be used once for this “BASIC” function. I recommend a uniformed healing unit or method for healing units for all civs.