Where are the Rock-hewn Churches？ 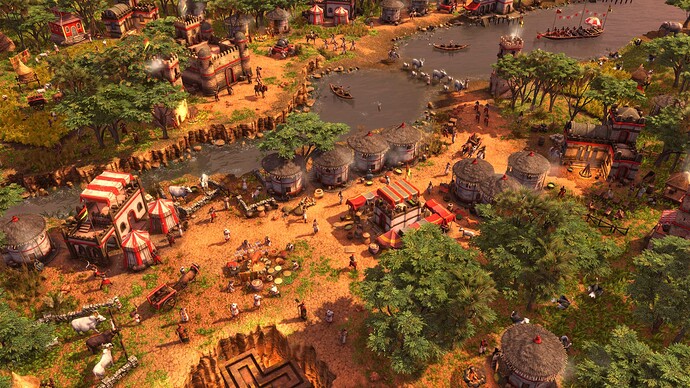 In the Steam store page, I see a picture of the Rock-hewn Churches of the Ethiopian. I’m a foreigner but I still konw these: from the ancient time to the present day, the Ethiopian has a long history of building churches from rocks and go to Mass inside of caves. Many of those churches are still functioning even today. As a most prominent feature, why can’t I see it?
It remind me some of the definitive edition changes to other civilizations like the Lakota. The dances, not stereotypical but a culture core tells a unique civilization. Such ceremony gives their people special meaning and strength. Thus endure many threat the world has put to them. I dearly hope to admire those dances again.
The same with the Haudenosaunee whose in-game voice has become so weak and feeble that it make me heart-breaking to control them to do any labour, not even mention to go to war. Where are these people’s strength?

Yes, I also thought the same when the dlc released. The churches were speculated to be a unique building of some sorts, even having some villagers and abuns. In game, the only Rock-Hewn church is in the Ethiopian historical battle and as as shipment, but they don’t appear anywhere else. In the Highlands map, the preview shows a drawing of one of this churches, so I thought that maybe it would appear there as a feature, but it’s not there either.

they are a scenario editor object only, IRC, besides the card.

Still, why keep such a beauty in scenario only？