I’ve created a couple of simple text mods renaming civilizations in the game to more proper or accurate ones. 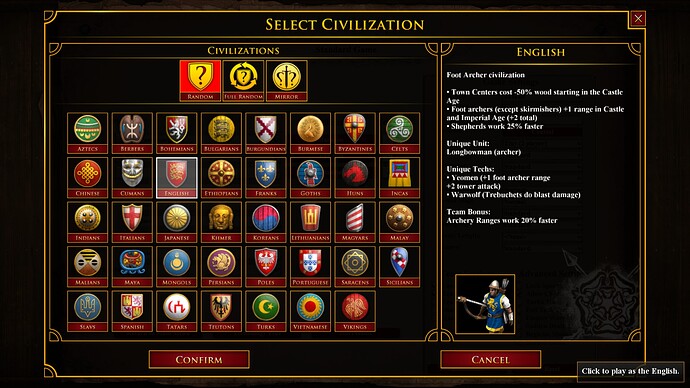 Are there any other civilizations in the game you would like to see renamed in a mod? (I know the Indians will soon become Hindustanis in an upcoming DLC.)

I was thinking this too, but the problem is that the Vlad campaign uses the civilization named Slavs to represent Wallachia. Would Ruthenia or Rus’ really cover the Wallachians? I thought they were more related to the Russians and Ukrainians than to southern Slavs.

Ethnically they are more similar to Turks and Georgians than slavs

But aren’t the Slavs still being used to represent Wallachia in the campaign? If we’re going to rename the Slavs to Ruthenians, you would be playing Ruthenians under the guise of Wallachians.

Italians could be renamed to Lombards.