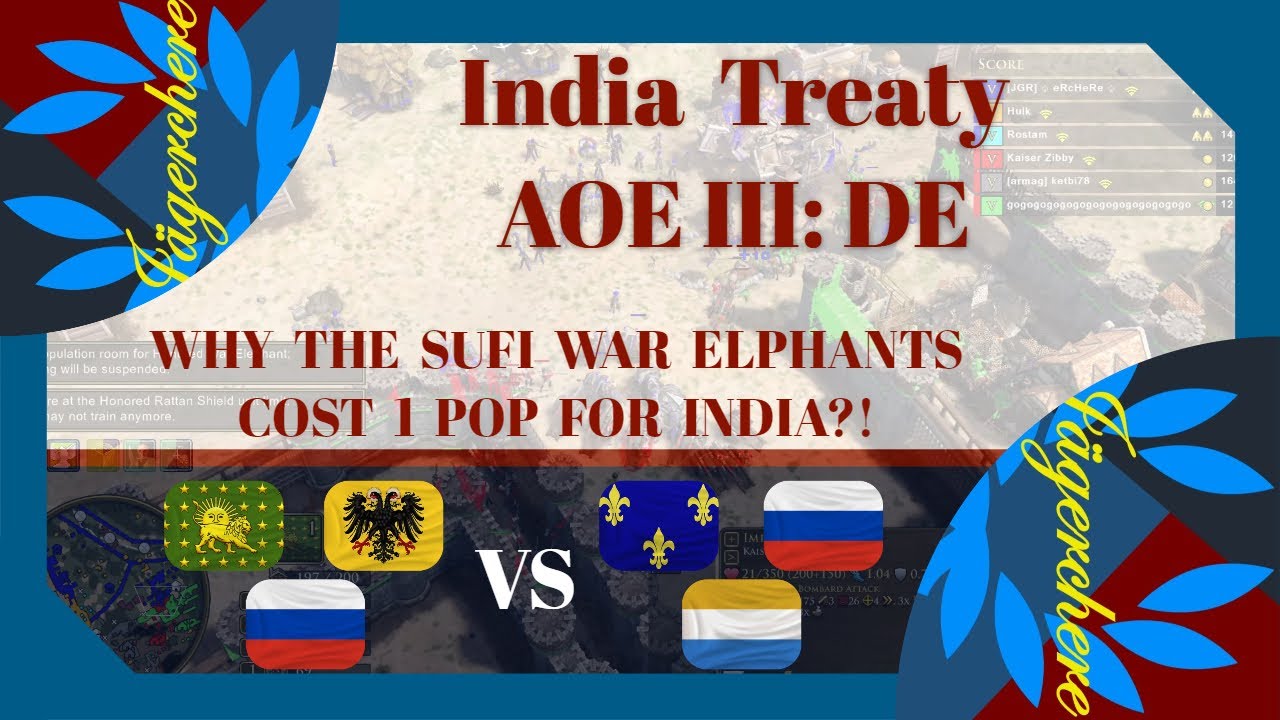 India is awful in treaty games and then this issue with War elephants costing 1 pop is even worse. Aside from this please give some nice buffs to India in the late game. The same goes for Aztecs.

Who is going to watch an hour long video? Clip it and get to the point.

I skipped ahead and did see that at one point you were 229/200 pop and could train sufi so they don’t cost population.

Skip to 42:40.
They cost one population each and he is not able to train. I am talking about the ones from Sufi trading Post and native embassy. Not the ones from home city.

I had seen this in game before, but never posted it. It became like this after three patch affecting all native shipment build limits.

Im not sure that this is only with India or not… At first I thought it was to balance Sufi natives.

OK I see that now. Is it just from embassy or from na tpost too?

I’ve seen it with trading posts in my games.

Did some testing. This is a bug with the India card that reduces the pop cost of elephant units. When it ships Sufi War Elephants start costing 1 pop each. Should be an easy fix.

The same issue is happening for their explorers, each of them cost 1 pop after you send the card.

My guess is that it might be a bug because those 0 pop units (elephant natives and explorers) would fall at -1 pop, so for whatever reason they go at 1 instead of -1 or staying at 0.