Why The Name Abbasids Currently Does Not Fit The Civ

there is a lack of features that currently identify the civ with the Abbasids, even less than when they were revealed. at least then the Persian language of some of their units stood them out clearly as uniquely Abbasids from the other Arab caliphates, but now the civ is so generic it could be called the Umayyads, and it would be more believable.

their multi-cultural lean and acceptance of non-Arabs into the ruling class and as equal citizens, as well as their heavy Persian influence was a major differentiator with previous Arab civs and marked them out as something new and a break with the old. the Abbasids caliphs even had partial Persian ancestry after the civil war and many of their champions in their revolution where Persian, seeing this influence completely disappear feels wrong in many ways, as if it’s erasing their major achievements in society and their multi-ethnic source of power.

part of this lack of differentiation is also due to a lack of landmarks in exchange for the house of wisdom, which the Umayyad could also have been said to possess. another is that they share their wonder with the Umayyads who first constructed the Prayer Hall of Uqba, completely removing any differentiator between the two through architecture. is there really no Abbasid founded structure worthy of being a wonder?

their technologies also lack any differentiating factors from the Umayyads, despite their advancements in many areas, from the sciences to the arts to taxation and trade, to warfare and architecture, and even law and religion. it was under the Abbasids that taxation was made equal for all followers of a religion regardless of race and that Muslims would no longer be exempt from taxation, greatly increasing equality and reducing racial tensions. it was also under them that sharia law was first made as a uniform code of law for the empire rather than the patchwork and often conflicting laws of the past caliphates, something that could be referenced in a technology like it is in aoe3. instead, the technologies have these super generic names that do not reference anything specific about them.

they also have no units that reference actual unique units they used in combat. in what battle did the Abbasids or any other Arab caliphate use camel warriors and archers to counter cavalry? where are the Naffatun weaponry and the mounted slave soldiers which marked a clear break from the earlier dynasties? even their units do not convey that you are playing the Abbasids and not any other generic Arab civ.

Due to these reasons, it feels wrong to call them the Abbasids, instead the Umayyads or even just a generic “Arabs” would make much more sense currently.

Here’s a great mod that I feel represents the Abbasids (at least militarily) better than currently. 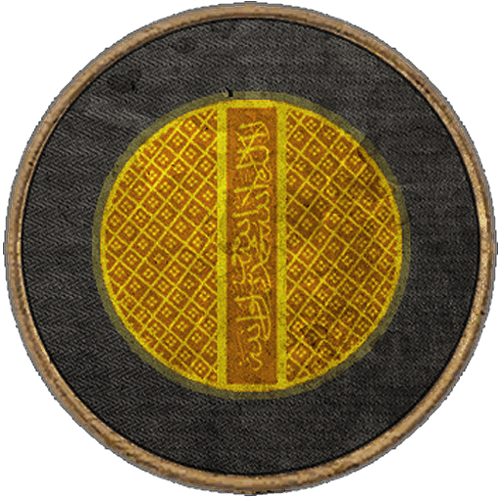 Dontfearme22 is back with another faction from the east: The Abbasid Caliphate.

I really like the diversity of units from around the middle east. It really reflects the size and multicultural aspects of the Abbasid Caliphate.

If we even had 1 or 2 of these units in Aoe IV it’d make the Abbasids feel more unique. 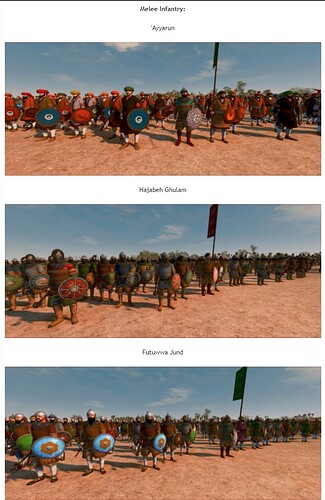 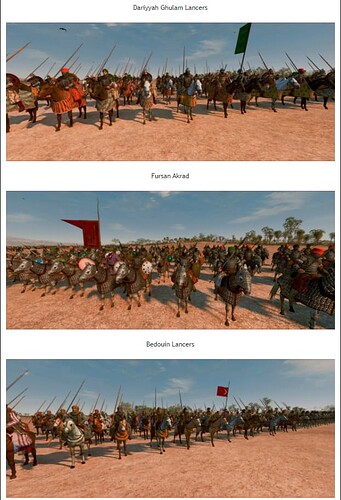 Atm China seems to be the only faction with a large amount of unique units.
Which is really unfortunate as Im sure there are tons of other units that can be added to all the other factions.
I appreciate the ships tbf.

their advancements in many areas, from the sciences to the arts to taxation and trade, to warfare and architecture, and even law and religion.

For some reason they decided to give all the nerdy mechanics to Delhi Sultanate instead .

Abbasids do have the most techs in the game currently.

They can also supposedly go an age Higher than imperial age. But I am unsure about what benefits that gives.