Ran across this and thought it would interesting to share. You need to translate the article, but it looks like Relic will be at X018 on 11/10/18. 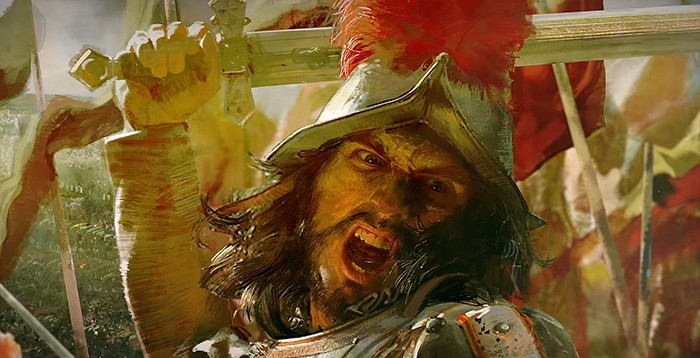 Expect the entire series to come to Xbox with mouse and keyboard as well as PC. Please keep in mind this doesn’t compromise the PC gameplay whatsoever, but give more people the opportunity to play the game.

Kind of makes sense for a few reasons:

Few speculations but don’t quote me on this:

i dont know how trusted this Russian site is.
In any case, personally i want even the slightest info and i don’t really care if the game is going to be cross platform or not.

The article states that Relic confirmed they are attending X018. Where is the proof? No info on their website or social media confirming this statement.

If I were a trustworthy news article and I cited a twitter account as a source, I would provide a link.

I think It could be true.

I’m afraid you are jumping to conslusions too fast, the only fact that article is based on is that X018 is going to take place on 10th November 2018 and mouse and keyboard support for Xbox was announced. From there they go on to saying that “there are rumours that Relic Entertainment might be there as well”. It is just pure speculation on their part having nothing but the mouse and keyboard announcement to work with, this is why there is no source. They aren’t saying Relic or any MS party confirmed anything.
There have been many articles about X018 so far, it’s just that these folks have decided to speculate on AOE4 as well.

What we do know so far and was revealed officialy (*source below ) regarding any Xbox mouse and keyboard stuff to be shown so far is Warframe.

Of course there’s always a possibility to be taken by total surprise, but I personally really doubt Relic is going to be there or anything AOE4 related is going to be announced. You only get proper first time exposure once, and I doubt MS are going to squeeze it through the back door with such a big title at an event dedicated to some other stuff. When they eventually do it, I really doubt it’s going to be anything but an event especially dedicated to AOE or some huge exposure event like E3.

And I’m still unsure AOE4 is going to offer Xbox with M&K support at release. They said more than once it’s going to be PC exclusive and that this is their focus with this game, at least for now.

*Phil Spencer about Warframe and Xbox M&K from 5:00 onwards:

So, when is the next ‘possible’ date that we might hear something new about the franchise?
Is it any possible for them to pick a random day into the year to announce things or should we wait for the big events of the industry again?
Anyone who dares to speculate something on this?

Thanks for giving accurate information, like all the time. Bro, you should be moderator.

MS Will probably show AOE4 on PC and Xbox. Relic is There. Rise of nations and AOEDE are coming to Xbox with M&k support 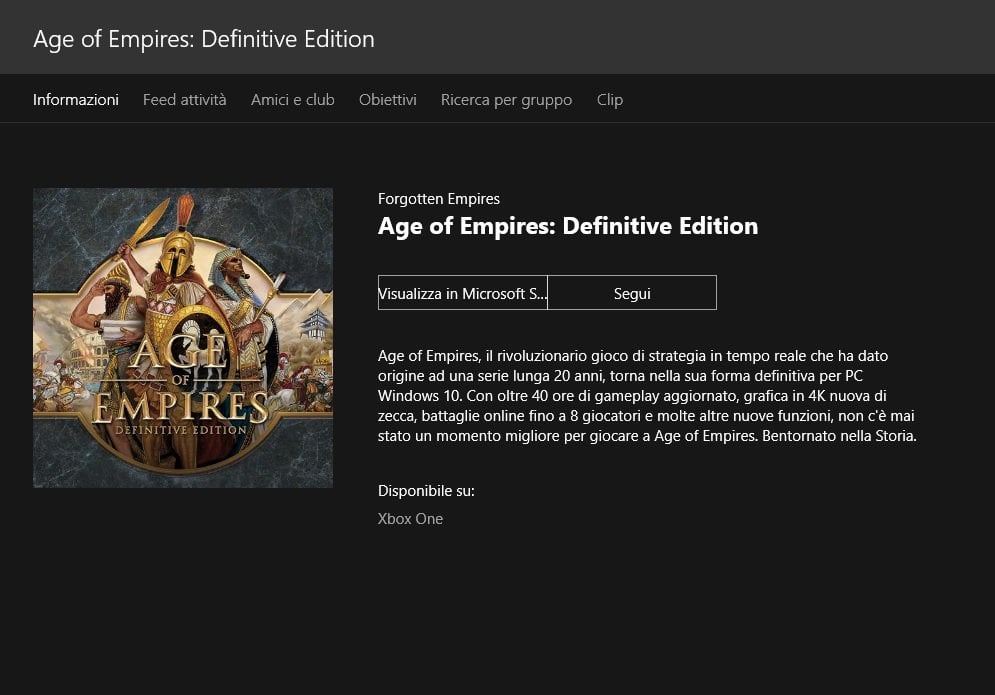 r/xboxone - Age of Empires definitive edition appears for Xbox One

That’s neat to see AoE1DE apparently on Xbox One. I don’t see the connection to the rumored AoE4 info to be coming this week. Where did you see that Relic would be there?

Relic should be There. Only suggestions

Neither AoE1:DE nor Rise of Nations have been announced for Xbox with mouse and keyboard support (there were some random posts about a glitch on local MS Stores, which triggers occasionally, showing product availability for Xbox instead PC or viceversa). It’s just people who don’t check any sources whatsoever or don’t properly understand English and further spread false information.

And of course he hasn’t seen credible info about Relic being there either.

So no AOE1:DE or RON either.
Now all these games have been mentioned in less than 3 minutes, that’s how long this Xbox M&K mega-presentation took. The only developer to have a word was Fortnite’s for less than 10 seconds. This is where some people are disappointed AOE4 wasn’t revealed, within these 3 minutes and 10 seconds on a back stage with no audience.

The community team has said many times that the devs feel strongly that Age of Empires is a PC game and should remain a PC exclusive.

However, if keyboard and mouse is the only way to play Age of Empires on an Xbox One, I see no reason why the game needs to be a PC exclusive. Not all Age of Empires fans have the desire or resources to buy or build a gaming PC yet want the full Age of Empires experience that only an AAA title on Xbox One or PC can provide.

Will the full Age of Empires experience ever come to Xbox One? Maybe. Maybe not. Is it worth consideration? Yes. Mouse and keyboard support launches this week and it is only the beginning. More titles will be announced in the future with keyboard and mouse support.

Exactly. Also if it comes to xbox and ms enables crossplay with pc, it increases playerbase which is great for all fans.

RTS games are not fit for xbox and other joysticks mediums. They are more suitable for PC only due to the pictureseque 3D, 360 rotational reviews, faction selections to several other command control clicks in the game. Well this is my and the common opinion and preference as well.

Man, I was hoping some AOE news. Bit let down.