With the new meta of Tc, I don’t like to see games with more than 140 villagers and a small army that dies when going through walls and keeps

All that can be done with 120 villagers, constant production of each unit 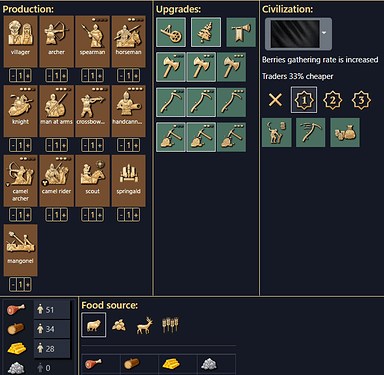 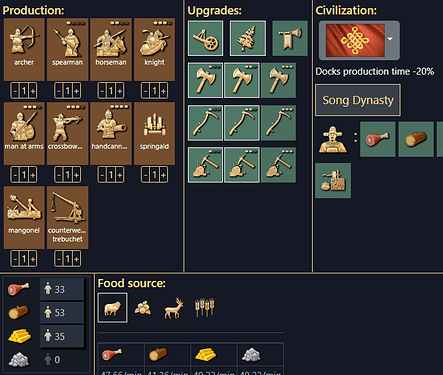 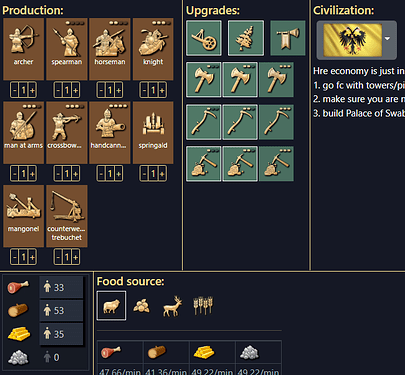 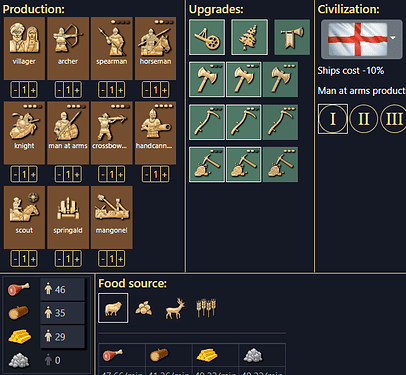 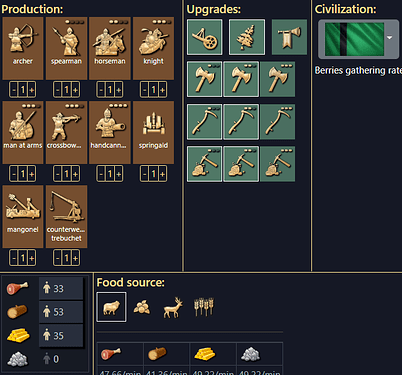 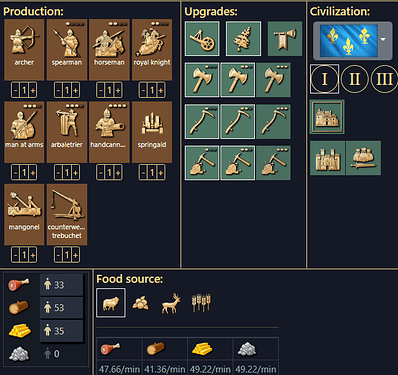 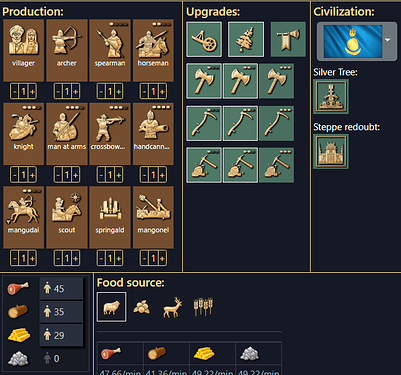 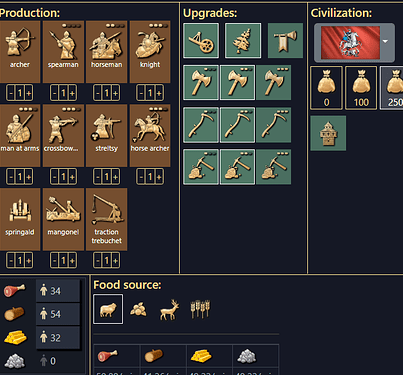 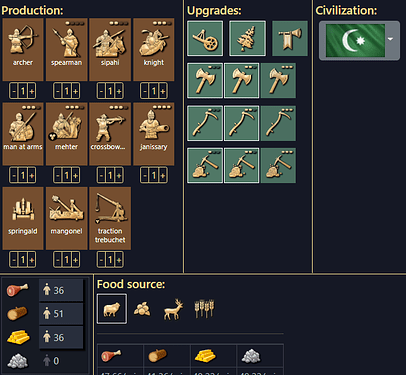 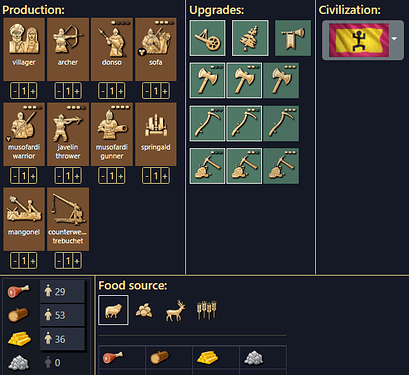 Advantages of limiting to 120 villagers

Disadvantage of limiting to 120 villagers

3 Likes
My issues with the game and why I left
Some villagers with double population cost - Keep with population cost
Balance : make villager harder to produce plz
[Poll] Population Limit
Darkness01101 October 4, 2022, 4:35am 3

With AoE4, I don’t like to see games with less than 200 villagers and a giant army that travels across a gigantic map to attack a foe, while still having enough pop cap room to put more units at various random places across the map, including naval vessels on the open seas.

Disadvantage of limiting to 120 villagers

In other threads I commented that I would like 220 population because I wanted slightly larger armies, but with this Meta I bet that those additional twenty will occupy more villagers, that is, 160 villagers and the size of the army will be the same

If someone has more than 120 villagers it means they have less military units on the battlefield.

Limiting the amount of units you can have destroyes the free choice that a age of empires gives to the player.

On my team, I don’t usually see people who reach more than 120 villagers.

As we discussed in other threads I don’t see the benefits of limiting villagers, games lasting more than 40 minutes are not because the number of villagers, and if you think so you must prove it…

But I can say that I played games that lasted an hour or even more, and after check no one of the players got more than 100 villagers (talking about team games right now).

For this reason, the first thing I did in another thread was to propose an unconventional idea, but the first thing they wrote to me was that the proposal “could confuse them”

With this argument there should be no population limit, if there is it is for a good reason

While a player can afford play 400 pop games in 4v4 games, others can’t, and as a developer of the game you must aim to certain hardware.

Steam does surveys every year to know the hardware of their users, and it’s obvious that if you are developing a game, you must aim to be runnable (does this word exist?) In almost 70% of the hardware, or you will be limiting your income.

Also, think that infinity pop would be hard to balance.

No, if someone wants to make a army of Villagers then thats their choice

if I feel like doing 200 siege units, but the game won’t let me, oh I know why, because the game has limits!

It’s a different limit, siege costing 3 pop is to balance cost with effectivity.

No thanks, more and more stupid restrictions are making game less and less creative. You don’t like X meta and you want Y to be meta. Such a stupid argument. Why you want to restrict other people’s game-play?

The meta forces you to make 140+ villagers with 70 farms and play defensively, that’s monotonous, not creative at all. As I mentioned before, this meta is such that if they increased the population they would occupy it in villagers and the size of the army would be the same

There is multiple reasons why we’ve current type of meta and one of them is actually the massive over nerf to siege. Its much harder to make any form of death ball when siege is slower than child of turtle and snail paired with the effectiveness of siege in the end its just spam outposts keeps and creep forward little bit which is one of the most dullest and boring things to watch.

I personally try to keep my villagers amount around 100-125. Depending on how many relics and traders I got but this is in 2v2 so quite different from 1v1 where trading is somewhat harder and less relics

I love to boom into 200 vils (in TGs), get upgrades and delete 120 vils.
I have no brains to decide which upgrades I should do first, I want both.
Just attack and win, why it’s so hard?

I hate more than 1 mangonel, why we would not fix number of siege. 2 siege per game.
I think prelates should be limited in army.
I do not like to play vs some players… let’s ban them…
Oh… it was edgy.

I think they could further adjust the cost of later age eco techs instead of limiting villager number. The new cost for Feudal age tech is fine now, but Castle and Imperial are still too expensive imo, for the little effect they provide. With villagers being more efficient, we will the need for higher amount of villager reduce.

I would like it to be like that, but they don’t even use the ovoo bonuses, they prefer to produce another unit with 250 stone than to invest in a bonus that will give you more resources to produce more units in the long term, the math is simple and they don’t take advantage of it! amazing! 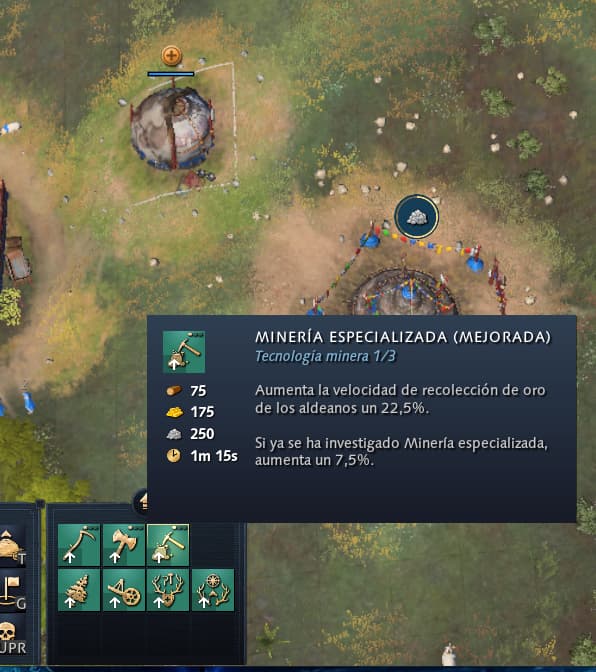 Timing attack, while opponent “upgrading” or producing vils → you win.
A lot of games, there players reach pop 200 in feudal.

You over simplifying game.