I experienced bad stone/gold mines generation on 2 games i played on maps “4 lakes”(gold mine photo) and “Serengeti”(stone mine photo). Don’t know if it is a general trend or its just really unlikely to happen and i ran into it 2 times but it shouldn’t anyways. The mines interacted in a way with the lakes on both maps so they were in a corridor of land into the lake and were impractical to mine effectively (at least one of them was not one of my mines and i won both games :DD)

Not possible to reproduce consistently but the way it can happen is:
Step 1: Generate a 4 lakes/Serengeti Map
Step 2: Get vision of all the map (either ending the game or marcopoloing) and check mines generations. 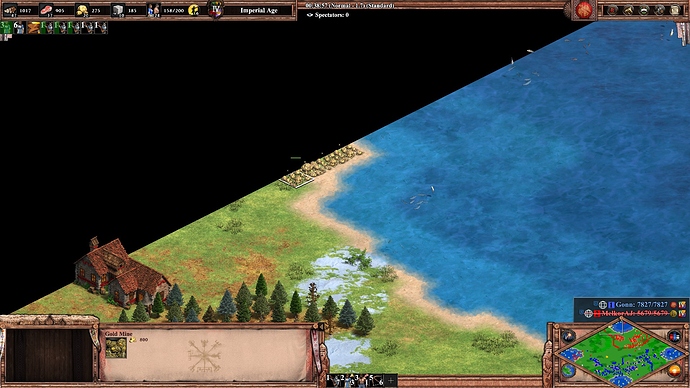 There will always be some map generation failures because ressource destribution is random.