I, like you, am a Huge Fan of this franchise.
They have built up the hype and raised our expectations so high for the anniversary livestream, and what exactly did we get?

The nail in the coffin was when the hosts said that "this was the best concert ever! Woooo! What a huge time to be an age fan! " I mean what was that? More than 90% of the comunity didnt know who those guys were, and never requested for their concert! Most of the music played were NOT part of the game’s original soundtrack.

What are your toughts on this?

Ps: I’m am not offending anyone, and I ask that you share your opinions in a cordial way. The mods banned me last time for expressing my opinions such as this…

I must agree some of the hosts they have picked for the events like this one are lousy. And obviously don’t know what they are talking about

I completely agree for a 25th anniversary it was boring and very cringe most of the time.

I was hoping it was more like the 2021 fan preview event., that was really hype and so much better made. Setting the lack of AoE3DE exposure/news aside, I thought the event was lackluster. I feel like I should be more hyped for AoMRE but I’m not. The event was centered around an AoE concert with news here and there.

@Dubycapbra I liked the fan preview much better as well. Nothing extravagant just people sitting down and talking.

I don’t trust the world edge more and more, I think they have no management experience and just make FE and relic a mess. The IP of aoe will eventually die in the hands of the world edge.

I think AOE franchise has a large amount of playerbase to consider having its own Agecon similar to Blizzcon especially if Microsoft also includes the Rise of Nations Franchise.

I have a lot of things I don’t understand:
Shouldn’t the 25th anniversary be a real celebration? Even making a remix video from Age of Empires 1 to 4 can mobilize players’ emotions. Announcing Age of Mythology DE, which is good, and then there’s a mobile game, well, and then what? Singing for half an hour…
Empire 4 updated two civilizations, and the two anchors chatted for a long time, as if to re-sell this unsuccessful work that was released a year ago as a new work. But Age of Empires 3 just got that massive free update without a word mentioning it?
Started hyping the 25th anniversary a month early, and what we ended up with was this biased, weird, boring stuff…

They thinking “cannon galleons” shooting houses is exposure to the game. I thought it was some sort of VR for AOE 3 DE which I hope never comes.

Age of Empires Mobile, that nobody asked for

There are quit some people that got into AoE though the old mobile games and even the Nintendo DS one.

Mobile devices are pretty powerful now so they can actually handle better games then the Nintendo Switch.

The table animations were quite a missed opoportunity.

No they were just a bad idea through and through.
Looked like a Hololense advertisement or something. Nothing that was remotely interesting to watch in the stream.

That might have been the biggest announcement for me personally.
Depending on what it will actually end up being it could be something that I’ve waited for for 20 years now!

did you also noticed no “chinese myths” showed up at the trailer?

No Atlantis either.
Retold could mean that they redo the base game only and then build on top of that.
So it’s neither an AoMDE nor an AoM2. But it might have just been a trailer thing and it will be an AoMDE with China and Atlantis included.

Aoe3, received a hughe update and skins, and nothing was showcased…

Which is awesome. Just strange that it happened a few days before the event.

Maybe they didn’t want to announce cosmetic DLCs, console ports and a mobile game in the same stream.

No love for the original game that is now 25 years old!

It will get ported to the AoE2DE engine. Sounds like a lot of love for me.

This stream was a huge letdown!

I expected some AoE2DE and AoE3DE DLC news or at last teasers.
But I definitely didn’t expect the AoE1DE engine port/DLC thingy.

There are quit some people that got into AoE though the old mobile games and even the Nintendo DS one.

Mobile devices are pretty powerful now so they can actually handle better games then the Nintendo Switch. 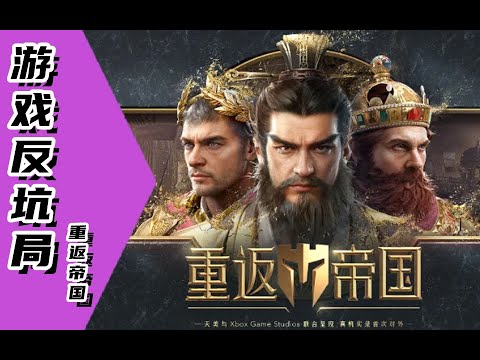 Their so-called mobile version of Age of Empires is actually an overseas version of this, don’t be deceived

Wait there already is an official AoE mobile in China?
Or is that a ripoff?

Tencent acquired the IP rights for the Age of Empires mobile game, developed with World’s Edge and TIMI 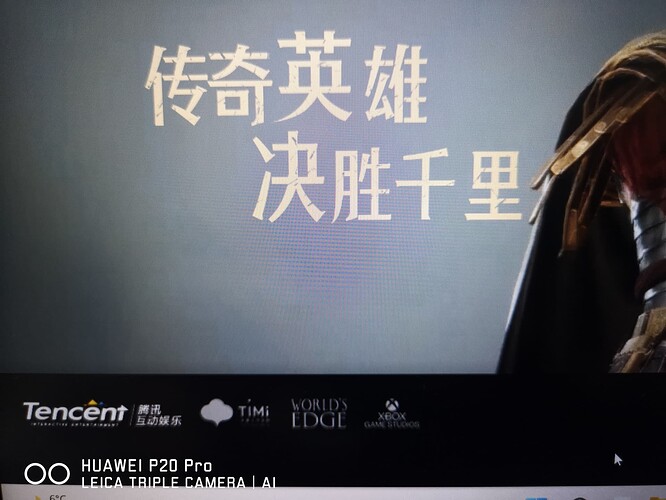 Judging from the promotional image on Age of Empires Twitter, the so-called “coming soon” mobile version of Age of Empires is the game from China’s Tencent. The Chinese name is “重返帝国”.

Tencent acquired the IP rights for the Age of Empires mobile game, developed with World’s Edge and TIMI

Judging from the promotional image on Age of Empires Twitter, the so-called “coming soon” mobile version of Age of Empires is the game from China’s Tencent. The Chinese name is “重返帝国”.

I’m just surprised that I didn’t know that exists.
Well not surprised it’s coming to the West. No reason not to, right?

Hope you do not know much about tencent.

Mostly lootboxes and more lootboxes. I never like the mobile side of gaming but there are people who love those.

I think it’s good that AoE franchise is catering to everyone but they should do better marketing on their current DE games like AOE 3 DE and more UI fixes with optimization on AOE 4. Despite the anniversary edition AOE 4 is still a long way to be the definite AOE game of the franchise.