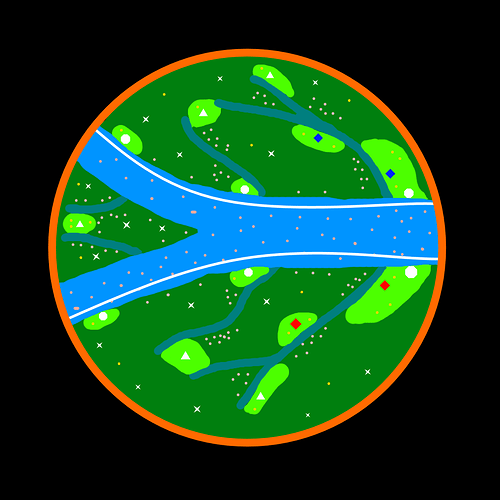 “Use the vast Amazon River and its affluents to navigate through the dense Amazon Jungle. Food and wood are abundant, but coin sources are scarce. Players will have to rely on the two trade routes found on both sides of the river for coin or venture deep into the forest for treasures and gold mines.”

My goal here was to represent how important the Amazon River and its many, many, affluents were, and still are, as waterways. The whole map is covered in dense vegetation, so the only way to get around the map effectively is by using the rivers. The main Y-shaped river splits the map in three, smaller shallow rivers connect the players to native allies and trade sites.
The shape of the map is partially inspired by the real life “Encontro das Águas” site where the Negro river and the Solimões river meet and create this uniquely two-colored river section: 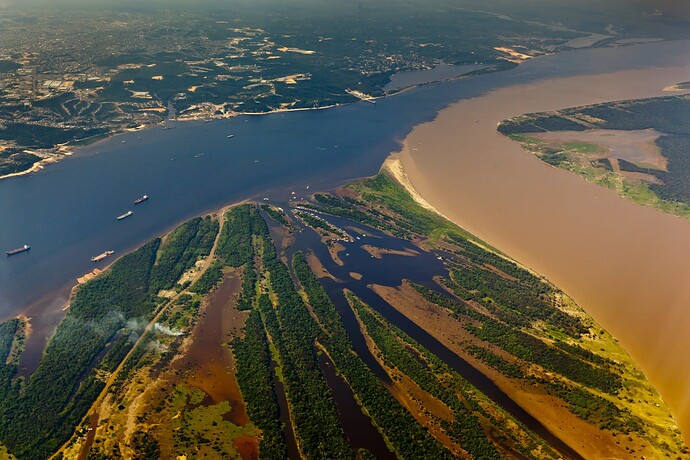 image1920×1280 285 KB
I don’t know if the AoE3 engine can handle two different shades of water in the same map like this, but it would look really cool in-game. 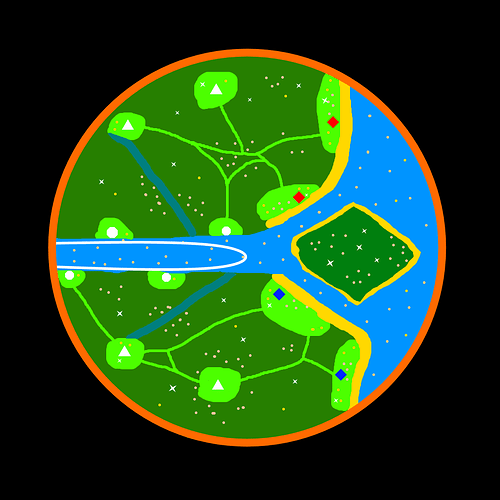 “Fight for control of the mouth of the mighty Amazon River! Sail around the Marajós island to face your enemies on open ocean or venture up the river to take control of the trade route running back-and-forth on the Amazon. Further inland vast resources and native allies can be found.”

This one is basically a continuation of the previous one, featuring the same thick forest, riverine trade routes and using shallow rivers as passageways. The difference is that this time the river ends in the Atlantic Ocean and there are more trails through the forest. 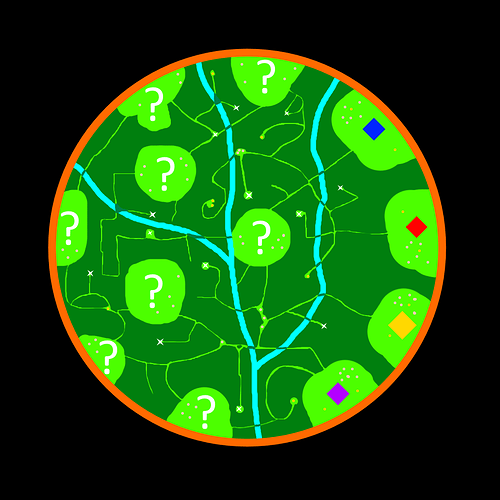 “Lost deep inside the Amazon Jungle players have to race each other to find and capture the legendary El Dorado. Random treasures, resources, settlements and dangerous traps are hidden away inside this massive green labyrinth. Will you find glory and gold or just perish in the jungle like many other explorers before you?”

This scenario starts as a treasure hunt and then becomes a King of the Hill game. Players start completely cut off from each other and must explore the map to find El Dorado. El Dorado is a golden temple that can spawn randomly in any of the major clearings in the map. Whoever finds it will have to kill a powerful army of guardians and hold it for 5 minutes, the temple also grants a massive coin trickle to whoever is holding it. The other clearings can have native allies, resources, treasures, hostile guardians or simply nothing at all. This scenario also has a twist…
El Dorado may not spawn at all. If that happens, the game becomes a normal supremacy game where the last team standing wins. As an extra challenge, this map does not allow the use of any HC shipments, players will have to really solely on what they can find in the jungle to survive.

There should be no Mayas in South America
Otherwise I agree with splitting the Amazon map.

I know, but since there aren’t that many native options for the Amazon and El Dorado is based on a myth anyway I included them just for the sake of variety.

They should really add more South American natives, and also remove the Mesoamerican ones.

They should really add more South American natives, and also remove the Mesoamerican ones.

Maybe the Muisca too, though they’re Andean and not Amazonian