Based on the DLC which was revealed in the Steam “Belfast” I have researched and gathered these pieces of information. I hope you all enjoy it. 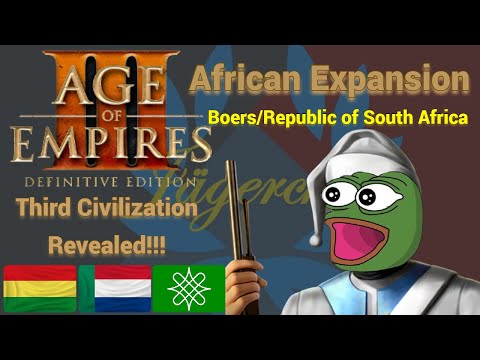 THIS IS NOT IN ANY WAY CONFIRMED!!!

Sorry mate, which? Which repost can you explain, please?

I’ve explained it in my video buddy. If you prefer reading please head to google and search for Belfast, South Africa and start reading from there. The nearest relation of Belfast to AOE III: DE will be the things that I’ve explained in my video.

You posted “3rd civilization for the African Expansion Revealed!” twice but other one is gone, that’s so weird. Was it you? Or mod?

Oh, I put one in the game forums and one in the Insiders. Maybe that was the duplicate mate.

It won’t be the Boers. This video is complete speculation.

I mean it wouldn’t surprise me if they add Boers since it’s a horrible addition just like the United States (they’re British in this timeline and the Boers are Dutch).

If this is the fifth or sixth civ and the rest are Native African civs, I’d be fine with a random add-on as long as it’s as interesting as USA (from a gameplay perspective). But if there is only 3 civs and one of them is European, I think there might be riots online.

The chances of them adding the Bores as a civilisation is basically 0.
They just name every beta after a city that starts with B.
We had Boston before too.

This is wild speculation.
A civilisation like the Zulu would be something that could be possible, they are relatively similar to the Lakota in their time period and overall importance to world history.
And as mentioned in the video. The Belfast in South Africa is in Zulu territory.

Buffalo likely was named after a soldier group more so than a city. 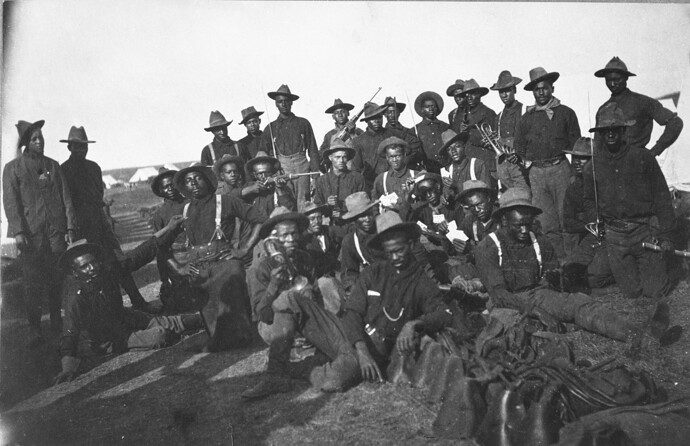 Buffalo soldiers were African American soldiers who mainly served on the Western frontier following the American Civil War. In 1866, six all-Black cavalry and

could be that belfast rifles is a reference to this: 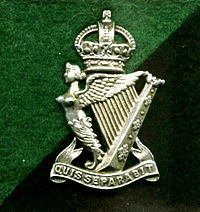 The Royal Irish Rifles (became the Royal Ulster Rifles from 1 January 1921) was an infantry rifle regiment of the British Army, first created in 1881 by the amalgamation of the 83rd (County of Dublin) Regiment of Foot and the 86th (Royal County Down) Regiment of Foot. The regiment saw service in the Second Boer War, the First World War, the Second World War, and the Korean War. In 1968 the Royal Ulster Rifles was amalgamated with the other regiments of the North Irish Brigade, the Royal Irish Fu...

Its not revealed at all.

Belfast is a village/town not even a city in South Africa and in AoE III timeline it was part of native Africans and later on the Transvaal republic never South Africa in the entire timeline and considering the timeline ends around 1890 Belfast is literally founded in 1890. Would be really weird of them to either add South Africa or Boers.

They would go into the same mist as with the US. Boers are literally Dutch people in South Africa.

Belfast might even just refer to them adding Irish revolt.

Belfast might even just refer to them adding Irish revolt.

I have two theories:

The name of this DLC means a town in South Africa and will mean that the 3rd civ in the African DLC will be for the South African civ.

Surprise. We know the African DLC is due to come later this year. Before him, we’ll get an unexpected European DLC that will add to the Irish Revolution. This DLC could be released in September, and the African DLC in December.

Of course, the latter theory is unlikely, but it would be fun to get 2 DLCs to AoE 3 this year.

I support the first theory that Belfast refers to the town in South Africa and thus a South African Civ (even it’s a revolution civ).
The second one seems very unlikely, just a DLC with a new revolution doesn’t make much sense for me.
For the DLC release date I expect and hope it will be in September (after the Dawn of the Dukes DLC and before AOE IV).

We arleady have south African revolution.

Well we already had a US revolution and they became a fully playable civ.

I don’t think the devs care that South Africa is already a revolution.

The second one seems very unlikely, just a DLC with a new revolution doesn’t make much sense for me.